Published by RChandlerBrown on July 11, 2013 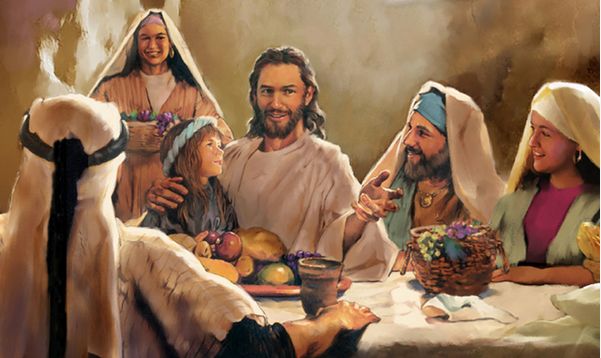 There are many theories about who Jesus was. The Jews call him a Rabbi, or teacher.  The Muslim’s call him a prophet. Christians call him the son of God in the flesh.  Some historians refer to him as a revolutionary, while others claim he never even existed.  Regardless of what people say, Jesus has had as big an impact on world culture and history as any man since the beginning of time.  He has probably had an impact on your life in some way, whether positive or negative; but who is Jesus really?

The Historical Evidence for Jesus:

There are two references to Jesus in the historical accounts of the day. The first and most famous mention of Jesus is from the Roman-Jewish historian Josephus, who writes about Jesus in his book of history The Antiquities of the Jews around 94 AD.

In the The Antiquities of the Jews, Josephus mentions Jesus twice:

1. “So he assembled the sanhedrin of judges, and brought before them the brother of Jesus, who was called Christ, whose name was James, and some others; and when he had formed an accusation against them as breakers of the law, he delivered them to be stoned.” (Book 20, Ch. 9, 1)

2. “Now there was about this time Jesus, a wise man, if it be lawful to call him a man; for he was a doer of wonderful works, a teacher of such men as receive the truth with pleasure. He drew over to him both many of the Jews and many of the Gentiles. He was Christ. And when Pilate, at the suggestion of the principal men amongst us, had condemned him to the cross, those that loved him at the first did not forsake him; for he appeared to them alive again the third day; as the divine prophets had foretold these and ten thousand other wonderful things concerning him. And the tribe of Christians, so named from him, are not extinct at this day.” (Book 18, Ch. 3, 3)

Josephus also mentions John the Baptist as a historical figure:

“Now some of the Jews thought that the destruction of Herod’s army came from God, and that very justly, as a punishment of what he did against John, that was called the Baptist: for Herod slew him, who was a good man… Herod, who feared lest the great influence John had over the people might put it into his power and inclination to raise a rebellion…” (Book 18, Ch. 5, 2)

The second historical mention of Jesus is by the Roman historian Tacitus in his book Annals around 116 AD.

“Consequently, to get rid of the report, Nero fastened the guilt and inflicted the most exquisite tortures on a class hated for their abominations, called Christians by the populace. Christus, from whom the name had its origin, suffered the extreme penalty during the reign of Tiberius at the hands of one of our procurators, Pontius Pilatus, and a most mischievous superstition, thus checked for the moment, again broke out not only in Judæa, the first source of the evil, but even in Rome, where all things hideous and shameful from every part of the world find their centre and become popular. Accordingly, an arrest was first made of all who pleaded guilty; then, upon their information, an immense multitude was convicted, not so much of the crime of firing the city, as of hatred against mankind”. (Annals, 15.44)

Denial of the Historical References to Jesus Christ

There are thinkers who claim that all of these passages either do not actually refer to the Jesus of the Bible, or that they were added to the history books at later times by Christian monks and historians who wanted to create a historical reference to Jesus. They claim that the story of Jesus was entirely fabricated by Christians as a kind of religious “God story” that imitated other resurrection stories of pagan gods at the time like Osiris-Dionysus.

This theory is unlikely, however, and does not have much scholarly consensus because there would have been no need in those days to “back up” the story of Jesus Christ with such minute historical details since Jesus’ story was already universally known and accepted.  They had a very different view of history and of the validity of historical facts at that time and did not require the kinds of historical details as are necessary today for modern scholars.  In addition, many of the references to Jesus, like in Tacitus’ Annals and in a later reference in the Greek satire The Death of Peregrine written by Lucian in the 2nd Century, are often cynical and critical of Jesus and his Christian followers, which were certainly not later added into the texts by Christian believers.

General Consensus on the Historical Jesus

Because of these three direct historical references to Jesus, the general consensus among historians is the following:

2. He was baptized by John the Baptist.

3. He was sentenced to death by crucifixion by Pontius Pilate.

You could also add to this list the fact that Jesus is referred to as “Christ” in the historical accounts.  This shows that the early Christians were referring to this man Jesus as the Jewish Messiah, the prophet from God who would unite the Jews and rule in peace. It was not added to his story at a later time to deify him, but was a part of the historical account.  This makes sense as the Christian movement began as a Jewish movement following a man who claimed to be the Jewish Messiah, Jesus Christ.

The Reaction to the Historical Jesus

Regardless what you think about him, Jesus was a spiritual teacher ahead of his time.  But there is something more… What was the impact of his death on society in his time?

You should not merely judge a thing by what it tells you about itself.  If a person or product advertises something about itself, you have to try it, and only then can you determine if it is effective in the real world or not. This is the true test of any idea.  What is its impact in the real world, in a real situation?

After Jesus died, Christianity grew in leaps and bounds.  This is a strange concept.  Most religious groups would take a long time to recover if their leader was arrested and killed.  The opposite happened to Christianity.  It exploded!

What could cause a small group of Jewish followers to suddenly explode into an international religious movement?  What could they have seen that would make them so determined to tell everyone they met, even people from other cultures and religions who spoke different languages, about what they had witnessed?  Why would these common men allow themselves to be tortured and martyred for their new beliefs?

It was not Jesus who spread Christianity throughout the world.  It was these common men.  What did they see, what did they understand, what did they come to believe that made them determined enough, that gave them courage enough, to give up their very lives for their cause?

The Meaning of Jesus Today

What would Jesus Josephovich (the fictional character in the Jesus in Ukraine stories) say about all this confusion over the historical accuracy of the story of Jesus Christ?  He would say that rather than judging the person according to whatever philosophical or logical argument you come up with, judge the person by the actual tangible impact they have on your life.

Before you can answer any of those questions, you must ask yourself a much more simple question: Why does it matter to me?

Does Jesus make an actual difference in my life?  Do I find real power in the story of Jesus Christ?  Am I able to do things that I was not able to do before simply because I do or do not believe in his story?  Why do I feel the need to believe or not believe in Jesus, and what actual power does that belief give me?

Some of you will find nothing, no power, from your current understanding of who Jesus is.  That is okay.

Some of you may find something, some real power, in your understanding of who Jesus is. If you find a source of power there, then dig deeper.  See how deep that power can go, see how effective it can be to affect real change in your life.  Test it as you would test any idea or thing in the real world.  Find out how, when, and where it is useful in your life.

Jesus was a real spiritual teacher in the 1st Century who changed the way that modern man thinks about his connection to the world.  He taught that all men are brothers, which is something only now, 2000 years later through genetic science, that we are starting to understand and believe and model our actions on as humankind. He taught that man could contact the divine presence without the need for special ceremonies or temples or priests as intermediaries.  He taught that service to one’s people is more powerful than bossing people around; that it is better to give than to receive, which psychology and neuroscience are now proving does in fact make us more happy.

There are beautiful, fascinating, potentially amazing things in the story and teachings of Jesus.  It doesn’t matter who you think wrote them, whether God, Jesus, his disciples, or some unknown monk who made it all up. There may be a power and strength in them that can be useful in your life.  The only question that really matters is this: Is there power in these teachings?

READ MORE about the modern parables of Jesus Josephovich.