Chapter 11 of Jesus Josephovich: The Revolution

Published by RChandlerBrown on July 11, 2013 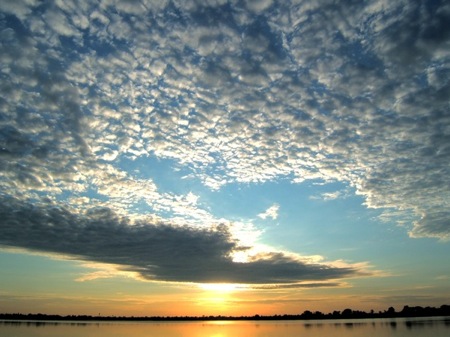 The next day, after Jesus Josephovich’s inexplicable trip to the hospital, the family had breakfast together and decided that their guest would spend the day with Elena, Volodomir’s wife, while the rest of the family was at work or school. She had a lot of errands to run that he could help her with, and she was going to introduce him to a friend who had heard about Jesus and wanted to meet him.

Katya entered the kitchen where her parents were having tea with their guest and grabbed a piece of bread without looking at Jesus. She was still upset about the lesson that Jesus Josephovich had tried to teach her about not worrying. When she thought about what he had done she wanted to laugh, but the humor of the situation was undermining her sense of having been treated unfairly, which made her even more upset, because if she didn’t feel like a victim then she would have to consider changing her way of thinking and acting like Jesus Josephovich suggested. Katya wasn’t ready for such a change.

As she walked out of the kitchen, Katya sighed and handed Jesus Josephovich a small package. “Here’s your cell phone,” she said matter-of-factly. “I got it for you while you were in the hospital.” She looked at her father, who was trying to hide his smile from his frustrated daughter. “But that’s the last errand I run for him,” she said to her father. “From now on, he’s your problem.”

“Girls,” Volodomir said drolly as his daughter ran out the front door.

“She has a good heart,” said Jesus Josephovich, holding up the cell phone that she had purchased for him. “She’s just afraid to use it. She thinks that if she gives to others from her heart, that there won’t be anything left for her. She doesn’t realize that the love in here,” he said pointing to his heart, “is infinite.”

“Well, good luck,” Volodomir said. “I hope everyone stays out of the hospital today.”

Volodomir’s son, Leosha, ran up to Jesus Josephovich and grabbed the cell phone box out of his hands. “I can set it up for you,” he said enthusiastically.

Leosha unwrapped the box, put in the SIM card, and within a minute had three or four numbers saved in the phone and had chosen a deafening ring tone. He handed the phone to Jesus Josephovich for a brief moment, then took it back so he could show the foreigner how to use it.

“Here are the games,” he said, selecting them from the menu. “Here is my phone number and my dad’s phone number and my sister’s and my mom’s.” He was clicking the buttons so fast that Jesus Josephovich had no idea how to repeat the actions that Leosha had just shown him. He simply nodded affirmatively as if he understood. “And here are the ring tones, but I think this one is the best, and here are your messages, and here you can write a text message.”

Eventually he handed the phone back to Jesus Josephovich. “Thank you,” the overwhelmed foreigner said as he stared at what he now realized was a highly complicated device. He rested the phone on the table. “And don’t forget what I taught you yesterday.”

Leosha smiled and nodded his head. “I know. I know. A soldier must be in control of his emotions at all times. When I feel anger or frustration I’ll try to imagine the emotion in my mind, feel it in my body, and then destroy it with laughter.”

“And love,” Leosha replied with less conviction. “Good bye!” Leosha grabbed his backpack and ran outside with his father.

Elena smiled at Jesus Josephovich and handed him a cup of tea. “Thank you for helping Leosha,” she said sincerely. “He’s very smart, but he’s always playing those games and wasting time doing things that don’t matter. I guess he’s still just a child, but I feel like we should be pushing him to do something more constructive. Maybe we should force him to take piano lessons again.”

“It’s not the action that is important, but the character that is being built,” Jesus Josephovich said. “Of course, there are certain activities that build a young man’s character better than others. Serving the poor for example.”

Elena considered this and then looked at the clock. “Oh, we’ve got to hurry. I have a lot of other things I need to do today. I’ve got to pick up the laundry, buy some school supplies for Leosha, get a new suitcase for our vacation next month, buy groceries for dinner tonight, drop off a gift at my sister’s apartment, buy some medicine, and then I have to pick up Leosha from school, clean the house, and cook dinner for everyone.”

Jesus Josephovich’s eyes bulged as he listened to her strenuous schedule. “Is all that necessary?”

Elena sighed. “Of course it is. Every day is like this. I feel like I never have a free moment to myself.”

Jesus Josephovich paused and looked around their apartment. “What would you do if you had an infinite amount of time?” he asked.

Elena looked at him strangely and didn’t know how to answer. “Infinite?”

“What would you do with your life if you knew that you couldn’t die?” Jesus Josephovich continued. “If you knew you were going to live forever?”

“Do you know that your soul is eternal?” Jesus Josephovich questioned. “It is like God, it cannot die. You will live forever. You already have. Many times.”

“I have?” she answered with a confused look on her face. “Well I don’t feel eternal,” Elena admitted.

“Of course not. Your body has only lived a few decades, and you are thinking with your brain, which is just a part of your body, and your brain only remembers what has happened since it was formed. That is if you are lucky. Sometimes I can’t even remember my own birthday.”

“And sometimes my husband can’t remember mine,” Elena said dryly. “I’m not sure that I want to live forever with him,” she joked.

“Forever is a long time,” Jesus Josephovich stated. “Living forever brings with it great responsibility. You don’t want to ruin a life that is going to last for all of eternity.”

“So what should I do?” Elena asked bewildered.

“Live for eternity. Make things that have an eternal impact your first priority. All the little everyday problems should yield to the things that will last forever, like relationships.”

“Relationships will last forever?” she wondered.

“Everyone’s soul is eternal,” he explained. “So treat all people as if your actions will echo throughout eternity. Because they will.”

“I wish I had enough time to do things for other people,” Elena replied, “but I feel like there’s never enough time in the day to do what I need to do.”

“Time is an illusion,” Jesus Josephovich said. “Your body is affected by time, but your soul is not a part of your body. Your soul is infinite. It doesn’t think like a brain thinks, confined in time and space. It thinks like a soul. Infinitely. You must learn to listen to your spirit.”

“How do I know when my spirit is speaking to me?” Elena wondered. “How can I tell the difference between my mind and my soul?”

“Ignore fear,” Jesus Josephovich said. “Fear can only come from your unconscious. Fear doesn’t exist in the real world. It is not a tangible thing. It only exists in your mind.”

“That is because you see everything from the perspective of your mind, not your spirit. To your mind, everything is a potential threat, but what can threaten an eternal soul?” asked her guest. “Fear is an illusion. In truth, nothing can harm you, time is infinite, and nothing is ever lost. The physical universe cannot affect you, the real you, in any way. It cannot affect your soul.”

“I think I understand you, but I don’t understand how I am supposed to stop thinking with my brain. Unless I’m supposed to be more confused than I already am,” she said putting her hands on her hips and looking at her wristwatch.

“I’m sorry. It’s hard to think about these things with a physical brain,” Jesus Josephovich admitted. “The concepts just don’t fit in very well. But let me say this: when your mind is filled to overflowing with infinite peace, joy, love, and contentment, then you have touched upon the soul and its thoughts. Follow such thoughts wherever they may lead, because they all lead to eternity.”

Elena took a deep breath and tried to understand what he was saying to her. “Okay,” she sighed. “Maybe I’ll understand it better while we’re shopping. My husband always says that shopping with me feels like an eternity.”