R. Chandler Brown is an inspirational writer and speaker.  He holds an English Literature and Philosophy degree from UCLA where he graduated Summa Cum Laude.  He has traveled to and spoken at conferences and assemblies all over the world concerning physical and spiritual well-being.  An advocate of children’s health and education for the last decade, he has been involved with children’s education programs in Los Angeles, San Francisco, and Washington D.C., and has participated in several programs in third world countries including Bucharest, Romania, Manila, Philippines, and Chennai, India.  He also volunteered with one of the largest Christian charity organizations in Eastern Europe that aids orphans in post-Soviet countries. He spent 3 years writing, teaching, and volunteering in Eastern Europe where he wrote the Jesus Josephovich short stories.   His writing is intended to touch people’s lives and make a genuine contribution to their happiness and overall understanding of themselves and of the world they live in. 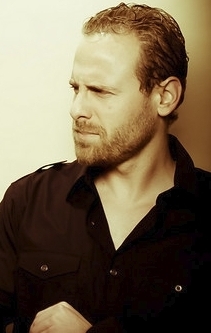