Chapter 57 of Jesus Josephovich: The Revolution

Published by RChandlerBrown on October 3, 2013 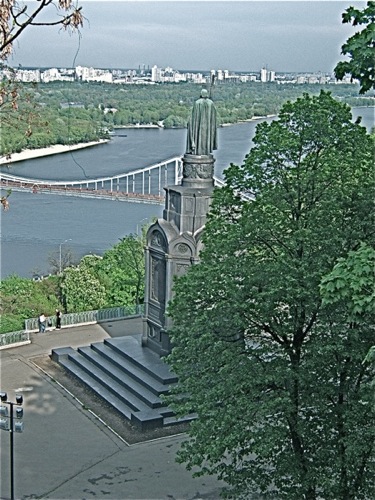 Jesus Josephovich and Abraham entered Volodomir’s apartment carrying several large bags of groceries. They hauled the bags into the kitchen where Elena was already preparing things for the meal.

“Excellent,” she said when she saw the food. “I’ll be able to prepare enough for a dozen people,” she joked.

“Do you mind if I invite a few more guests?” Jesus asked.

“No, of course not,” Elena said. “Just tell me how many will be coming.”

“I think there will be about 12 people total.”

“Ok,” Elena replied apathetically. Normally such a request might cause her stress, but she had come to expect the unexpected with Jesus Josephovich in the house, and she found it easier to simply try and enjoy whatever came her way. “But I might need a miracle to have enough food for everyone to eat well.”

“There will be enough food,” Jesus Josephovich assured her.

Somehow she didn’t doubt him.

That evening the house was crowded with guests and the sweet smell of borsch, vegetables, and fried chicken cutlets filled the cozy apartment. Everyone sat around the large table that Elena had prepared. Volodomir, Elena, and their children sat around one end of the table next to Jesus Josephovich, Abraham, Andrey Bogdonovich and Volodomir’s boss Irina.

On the other side of the table sat the other guests that Jesus Josephovich had introduced. There was Kolya the computer hacker, Talia the PR Agent, The Politician that Jesus has healed, and Ivan the homeless man from Khreschatic. They all appeared to be slightly nervous eating dinner with Jesus Josephovich. They weren’t sure why they had been invited, and you never knew what was going to happen when he was around.

The food was served and wine was poured in each glass, plus some grape juice for the children and Ivan who had recently gone sober. Volodomir held up his glass at the head of the table and the others did the same.

“It is a tradition in Ukraine to make a toast,” Volodomir said. “First of course I would like to thank my beautiful wife Elena for this wonderful meal.” The guests agreed heartily.

“Na Zdorov’ye,” the guests repeated as they toasted their glasses and sipped the wine.

Volodomir raised his glass again. “I would also like to toast to our guest Jesus Josephovich,” he declared. Everyone around the table murmured their agreement. “I think everyone here can agree that he has, more than anyone else in recent memory, changed our lives for the better. And most importantly, he has reawakened something inside of me that I thought was dead. Something that I haven’t felt since the Orange Revolution. Here is to the Hope he has given us.”

“To Hope,” they cheered.

“Can I do the third toast, dad?” Katya interrupted.

The guests laughed at the girl’s youthful enthusiasm.

“How many toasts are there?” Jesus Josephovich inquired.

Ivan, the homeless man raised his juice-filled glass. “Everyone must say a toast,” he answered. “This is why it can be dangerous to have large dinners in Ukraine,” he joked, “if you aren’t prepared.”

Jesus Josephovich looked at the wine bottles on the table and imagined that they might have to empty all of them to get through 12 toasts. No wonder Ukrainians drank so much.

“The third toast is always Za Lyubov, ‘To Love’,” Katya announced as she elegantly clanged her glass of juice against her father’s wine glass.

“To Love,” they shouted, and finished the third toast.

“Can I say one too dad?” Leosha asked.

“Ok,” Leosha said as he composed himself. “Let’s raise glasses to Mr and Mrs. Santa Claus. They don’t get old, they don’t get sick and they always have money for lots of gifts! So let’s drink to us becoming more like them!”

“It’s not Christmas time,” Katya shouted as she elbowed her brother in the side.

“It’s the only big toast I know,” Leosha said.

The guests laughed at Leosha’s holiday toast, and clanged their glasses together.

“Ok, now it’s time for a serious toast,” Ivan said, raising his glass. The old homeless man cleared his throat and stood tall, as if presenting a speech to the President.

“There was an old man who lived alone, and one night his house burned down. He cursed God for his bad luck,” Ivan said in his deep rumbling voice. His eyes shined intensely as he gazed over the faces at the table. “Over time he rebuilt his house, and when it was finished, he realized that it was a better house and more beautiful than the one before. Now he praised God for his good fortune.”

Ivan took a deep breath. “I feel like that man is me. God destroyed my life so he could rebuilt it better. Now I finally understand it. I was a homeless man with no hope. Now I have a purpose for my life. I am able to help others, and everywhere I lay my head is home.” He looked at Jesus Josephovich and raised his glass of juice towards him. “Thank you,” he said sincerely.

The emotional guests raised their glasses in unison.

The meal continued and everyone enjoy it greatly. As they talked and laughed and reminisced, each of them would periodically raise a glass for another toast. Some told elaborate stories, while others mentioned a single phrase. Abraham toasted to brotherhood, Andrey toasted to knowledge, Tania toasted to success, Irina toasted to humility, and Kolya the hacker toasted to the spirit and energy that connects all things.

Finally it was the Politician’s turn. Feeling that he was the most important person present, he had waited to go last. He stood up and raised his glass towards Jesus Josephovich. “I remember the Orange Revolution, and what it was like to feel that we could change things for the better. That is how I feel around you,” he said to Jesus Josephovich. “That is the reason I got into politics. I wanted to change things for the better. I understand now that it is not simply politics that changes things. People must change. We must change ourselves.” He raised his glass higher. “To positive change,” he declared.

The guests toasted their glasses. The Politician touched Jesus Josephovich’s glass last and held his eyes.

“What do you say?” the Politician asked Jesus. “ Will you join our political party to help grow this change?”

Jesus Josephovich stood up from the table and held up his glass. He smiled and looked lovingly at each person who was present. “Do you know what the word ‘communion’ originally meant?” he asked.

The guests looked at each other and shook their heads.

“Churches have used the word for hundreds of years as a religious ritual, but the original word simply meant ‘fellowship’.”

A wave of peace suddenly filled the hearts of everyone around the table. They felt connected to each other at a deep, yet fundamental level.

Jesus Josephovich continued. “Did you ever notice that when you are running, or exercising, or doing something difficult, that it is always easier when someone else is doing it with you? Running alone, a man will run out of energy much faster, but when running with a friend both runners will feel better, they will have more energy, they will be able to run longer and faster. Why do you think that is?”

“They don’t want to look bad to the other guy,” Leosha suggested.

“Perhaps it’s psychological,” Andrey suggested. “Maybe it’s our pride or our fear of failing that makes us work harder.”

“It is more than that,” Jesus Josephovich said. “When things join together for a common purpose they become more than themselves. Atoms become molecules, molecules become substances, substances become cells, and cells become living organisms. Men working together become something greater than men.”

“I remember the revolution,” the hacker interrupted. “I remember a powerful feeling, something inside of me that I didn’t understand. It was like a fountain of emotion and energy. I felt like I could do anything.”

The other men nodded in agreement.

“And that was merely a political revolution,” Jesus Josephovich said. “Imagine what it would feel like to be a part of a spiritual revolution. A revolution to change not simply our laws, but our very hearts and minds. A chance to become the people that we always dreamed we could be.”

“How do you start a revolution like that?” the Politician inquired.

“You can’t do it alone,” Jesus Josephovich explained. “A single man can only change himself, but a group of men with a common purpose, a common spirit, can change the world. You need fellowship. You need to truly commune with each other, and with God. Fellowship is not meant to be just a moment together, like this supper, but a constant awareness of togetherness. Just as your cells come together to form a body, so your bodies and minds must come together to form something greater. The spirit of change.”

Jesus Josephovich raised his glass. “To true communion. To fellowship.”

“To fellowship,” they declared as they toasted their glasses.

When their glasses touched, a powerful feeling of energy surged through them and they understood that anything was possible. Their minds and spirits were in sync with the energy of the universe. They had become conduits of a higher power.

Suddenly there was a ring at the door. Jesus Josephovich’s 12th guest had arrived.

Lena opened the door to reveal the Oligarch standing with his body guards in the hallway. He handed his gloves to his bodyguard and entered the apartment alone.

“Thank you for your dinner invitation,” he politely announced to Elena. “I apologize for being late. I had many things to attend to.”

He looked at the group of gathered guests and frowned as he made eye contact with the hacker. Kolya quickly turned his eyes away from his boss.

The Oligarch walked over to the table and grabbed a piece of bread. He dipped it into the bowl of soup that Jesus Josephovich was dipping his bread into, and devoured the small snack.

“Unfortunately, I don’t have time to stay and eat with all of you. I only have time for one thing.” He glared at the foreigner.

“Do what you came to do, my friend,” Jesus replied.

“There are police waiting outside,” The Oligarch said. “They can either take you to prison as an illegal alien, or they can take you to the government office to get your new paperwork signed that will make you a Ukrainian citizen. The choice is yours.”

“The time has come for a decision to be made. Will you work with me and run this city together? What is your decision?” The Oligarch asked.

“Let me show you,” Jesus Josephovich said. He stood up from the table and walked into the kitchen.

“What are you doing?” the Oligarch asked.