Chapter 50 of Jesus Josephovich: The Revolution

Published by RChandlerBrown on September 29, 2013 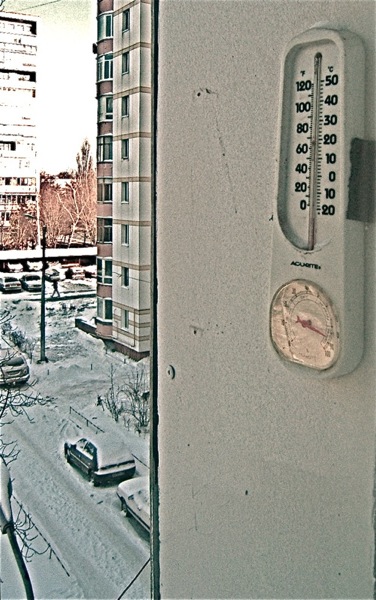 After the tour of the Oligarch’s apartment, the politician left them alone so Jesus Josephovich and the Oligarch could negotiate in private. The foreigner was not as easy to convert as they thought he would be. They needed to do something more radical.

“Follow me,” the Oligarch said with a youthful gleam in his eye. “I want to show you how real Ukrainians negotiate.”

They took the elevator down to the next floor, which apparently was still a part of the Oligarch’s apartment. They walked through a hallway and then entered a very strange looking room which resembled a kind of health center.

“Where are we going?” Jesus Josephovich asked.

The Oligarch smiled brightly. “To the banya,” he said mysteriously.

“What’s a banya?” Jesus Josephovich asked. “It is like a bath?”

“It is a bath for the soul,” the Oligarch said.

The Oligarch took a deep breath as if he were in the woods smelling the pine trees and fresh flowers. He opened a large wooden door and led the foreigner into a room filled with comfortable lounge chairs and pegs to hang clothes on. The room smelled like chlorine and fresh cut wood.

“The Russian Sauna,” the Oligarch said passionately. “There are few things that we love more than the banya. Maybe vodka, and maybe salo, but for me the banya is the greatest of all.”

“What do you do here?” Jesus Josephovich wondered.

“We become real men,” the Oligarch said as he began to remove his clothing.

Jesus Josephovich watched in surprise as the billionaire took all his clothes off without any shame and wrapped a small white towel around his waist. He handed a towel to his guest.

“Get undressed,” he said. “Don’t worry, you’ll like it. I come here whenever I feel sick or stressed. It rejuvenates me like nothing else. It is my second mother.”

Jesus Josephovich casually took off his clothes and wrapped the towel around his waist. They walked into a small wooden room with large wooden benches lining the walls like a miniature stadium. As the door opened Jesus Josephovich was hit by a wave of intense heat. A strange metal box filled with stones was heating the room to a nearly unbearable temperature, and a small bucket filled with water lay next to it.

Jesus Josephovich looked at the bucket and water and asked, “Are we going to wash our feet?”

The Oligarch laughed. “This is better than a bath. Sit on the bench and relax.”

They removed their towels and reclined on the searing wooden bench. Jesus Josephovich relaxed and let the heat seep into his skin. It was like sitting naked in the sun on the hottest day of the year on the hills of Galilee. They were like two Adams in Hades roasting in an invisible fire.

They sat in silence until the sweat was dripping down their backs and pooling at their feet, their skin crying from the heat. Then the Oligarch stood up, picked up the ladle out of the bucket of water and began pouring water over the hot stones.

Steam poured off the stones and flowed through the small sauna like an invisible cloud of pain. Each time the Ukrainian poured more water on the stones it became hotter and harder to breath. It was like self-afflicted torture, but the hotter it became, the more the Ukrainian seemed to enjoy it.

“Is it supposed to be this hot?” Jesus Josephovich asked.

“Of course. The hotter, the better. Haven’t you ever been in a sauna before?”

“We had ritual baths in Israel, but they were nothing like this.”

They sat and sweat until Jesus Josephovich felt like he couldn’t take it any more. His skin was burning and it felt like it was going to peel off at any moment. He was going to ask if they could take a break, when the door suddenly opened and a wave of cool air rushed into the room.

He lifted his head and saw two beautiful young women walk into the sauna carrying buckets of water and strange round tree branches that looked like cheerleader’s pompoms.

“This is my favorite part,” the Oligarch said.

“What are they going to do with those branches?” Jesus Josephovich wondered.

“They’re going to hit us with them,” the Oligarch said.

“Hit us?” he said, not thinking the experience could have gotten any more painful.

“It opens your pores,” the Oligarch explained. “It helps your skin breath and get rid of all the toxins.”

Jesus Josephovich looked at the birch branches that the women were holding over them and wasn’t sure if he believed this new medical insight.

The women began waving the branches softly over their skin causing hot air to flow over them even more intensely. The dry leaves were stroked over his back and legs causing his skin to soak up even more heat. After a few minutes it felt like his skin was glowing. The smell of the birch trees seemed as if it was soaking into his brain.

After a few minutes he got used to the intense heat and his body began to completely relax. He felt almost too relaxed. His head was a little dizzy and he could barely move his arms and legs.

Eventually they stopped beating him with the birch sticks and the Oligarch stood up with a smile on his face.

“Wonderful, isn’t it?” the host said.

Jesus Josephovich nodded his head gratefully and they exited the sauna. He was tired and wanted to sit down, but the Oligarch didn’t stop in the changing room. He continued out the door and led Jesus Josephovich to a large balcony that was covered in snow.

“Most people jump into a pool of cold water after a sauna, but I like to do it the extreme way.”

The Oligarch opened the balcony door and a blast of freezing cold winter air shocked their skin and took their breath away. The Oligarch gleefully jumped into the snow and began rubbing it on his body like a child at the ocean. He stood proudly as he tossed the snow against his chest and back, as if it were a test of manhood.

Jesus Josephovich walked onto the balcony and picked up some snow. He let out a small yell as the icy flakes touched his steaming hot skin. His body woke up suddenly and he had much more energy. It was a mixture of pain and pleasure that produced the sensation of being fully alive.

After a minute of snow-bathing, they walked back inside into the changing room where glasses of tea and a bottle of vodka were waiting for them. The Oligarch immediately opened the bottle of vodka and poured two glasses.

“To your health,” he said, and poured the vodka down his throat.

Jesus took a small sip of the vodka.

The Oligarch was very relaxed now, smiling and leaning back in his chair as if he was on vacation. “So what do you think about our tradition? The extreme temperature change is supposed to be invigorating for your body,” the Oligarch said. “It makes you stronger and some people say it cleanses your spirit.”

“Yes, the changes from one extreme to another can be good for you,” Jesus Josephovich agreed. “But if you stay in such an extreme environment for too long without changing, there will be many negative consequences.”

“What are you saying?” his host inquired.

“Imagine if you lived in here, in this sauna, all day long,” Jesus Josephovich said. “It is pleasurable for a short time, but in the long run it would eventually kill you.”

The Oligarch looked the foreigner in the eyes. “You’re talking about my money, aren’t you?”

Jesus Josephovich smiled, but said nothing.

“You know I believe that. I believe that it’s not good to have all this money,” the Oligarch admitted. “It is too extreme. I see what it does to people, and to their children. I’ve often thought about giving all my money away when I die – like Bill Gates and Warren Buffett. Maybe I’ll just give it all to charity.”

“If you’re going to give it away, why do you need it now?” Jesus Josephovich reasoned. “What is the purpose of your life?”

The Oligarch was surprised by the question. “I don’t know. To live a good life.”

“What is the purpose of a business?” Jesus Josephovich asked.

The Oligarch smiled. “To make money,” he answered confidently.

“Why is it an illusion?” the Oligarch asked confusedly. “Money can do many things for people.”

“Other people are the only things that matter. They are the only things in our lives that are real,” Jesus Josephovich explained. “Imagine a young boy who gets a little dog as a pet. He gives the dog everything it wants, he loves the dog, he treats the dog better than himself, but he doesn’t feed the dog. Soon the dog becomes hungry, and as it gets hungrier and hungrier, it becomes angry and violent. It begins to act like a wild animal, it doesn’t listen to its owner, it eats things that are unhealthy and unnatural, and it destroys its home trying to find food. Why does this happen?” he asked the successful businessman.

The Oligarch squinted his eyes. “The boy didn’t give the dog its most basic necessity. It can’t live without food.”

“You are a wise man,” Jesus Josephovich said. “And you are very close to understanding the secret of a truly successful life. You can give someone every material possession in the world, but if you don’t give a man his most basic necessity, if you don’t give him nourishment for his body, mind and soul, then he will degenerate like a wild beast. This is the fate of a man who tries to live on money alone. His soul and his character are never fed.”

“What nourishes a man’s soul?” the Oligarch wondered.

“You know the answer,” Jesus Josephovich replied. “Helping other people. Love. Love for all mankind.”

“So I need to love my employees?” the Oligarch said with a chuckle.

“Yes. And treat them as you would want to be treated if you were in their position,” Jesus Josephovich explained.” “Of course there is much more. Love is only the beginning.”

The Oligarch nodded his head and rubbed his chin as the considered the foreigner’s words. Then he suddenly stood up and removed his towel. “Ready to go back?” the Oligarch said enthusiastically.

Jesus Josephovich’s skin was still glowing from their short time in the burning air. He couldn’t imagine going back so soon.

“Of course,” the Oligarch said with a smile. “That was only the beginning.”