Chapter 42 of Jesus Josephovich: The Revolution

Published by RChandlerBrown on September 24, 2013 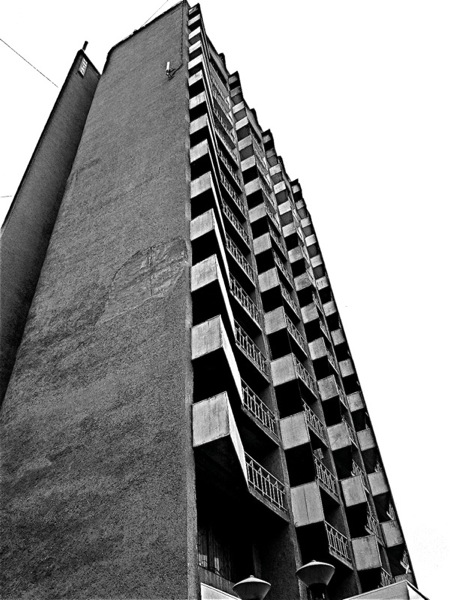 Jesus Josephovich’s news interview was shown on all the news channels around the country. Viewers were amazed to see a news reporter break down and cry in the middle of a news broadcast. Even her ex-husband saw the interview, and he almost choked to death on his coffee.

Jesus Josephovich did his best to comfort the young woman after her emotional outburst. “I told you I don’t magically heal people,” he said. “I help people find the faith to heal themselves. You have most of the answers inside of you. You just need to find them.”

The reporter was still too shocked to answer. She had just told the entire country her personal problems on national television, and she was only beginning to realize what she had done. She simply nodded her head in agreement.

The next day Talia took Jesus Josephovich to a press conference in the city center so that he could declare his candidacy for Mayor, which he did not realize he was doing. “There are a lot of reporters that want to talk to you,” she said.

“This is only the beginning,” Talia said with a smile.

Jesus Josephovich politely followed his un-hired PR agent into a large stone building. Inside the lobby an old woman sat behind a desk in a small cubicle behind a square glass window and stared at them suspiciously as they walked past. Talia ignored the woman, but Jesus Josephovich was intrigued. Apparently it was her job to sit there all day and look angry in order to frighten away anyone who might enter the building uninvited. She seemed to do her job well.

At the end of the lobby were two thin metal doors. Talia pressed a button and a loud whirring noise came from behind the doors. Jesus Josephovich leaned against the nearest wall as they waited, but Talia quickly scolded him.

“Don’t lean against the wall,” she shouted. “You’ll get dirty.”

The foreigner looked at his shoulder and, sure enough, a large white streak of powdery paint had rubbed off on his jacket. He stared at the wall incredulously.

“Why would they paint the wall with paint that comes off?” he asked, truly confused.

Talia shrugged her shoulders. “I don’t know why we do a lot of things the way we do them in Ukraine. It’s just life.”

The thin doors suddenly opened with a loud crashing sound and Jesus Josephovich was confronted with what looked like a vertical coffin. Talia stepped casually inside the tiny elevator.

“You want me to go in there?” the foreigner asked.

Talia frowned. “It’s an elevator. It’s usually safe. If we get stuck, we’ll just have to wait a few hours while they fix it, but that doesn’t happen too often.”

Jesus Josephovich took a cautious step inside and the doors suddenly closed on his arm. Talia frantically began pressing buttons while Jesus Josephovich pulled his arm out of the impatient door. The doors opened and closed again rapidly and the small box began moving up, tugged skywards by an invisible force.

The claustrophobic soviet-era elevator was barely large enough for two people to stand in sideways. At that moment Jesus Josephovich was particularly grateful that he wasn’t as fat as that politician had been. They rode up in awkward silence until the doors opened with a violent metallic shriek. Jesus Josephovich jumped off the elevator as quickly as possible. Talia followed him primly.

They walked down a dark hallway and entered a large room filled with anxious people. The humble foreigner suddenly found himself surrounded by dozens of photographers blinding him with untimely photographs, and reporters shouting in his ears and shoving microphones and tape recorders in front of his face. There were even fans in the back of the room wearing “Heal Kiev” t-shirts who screamed and shouted their support. He wasn’t sure if he should be exhilarated or terrified.

Talia pushed him through the crowd of photographers and reporters to the front of the room where a small stand with several microphones was set up.

“What should I do?” Jesus Josephovich asked Talia.

“Just stand there and answer their questions,” she said. “But remember to be charming, and brief.”

Jesus Josephovich stood in front of the microphones and nodded to the audience to begin. Hands flew in the air and reporters started shouting out questions. He answered the ones he could hear over the raucous voices.

“Do you have magical powers?” one anxious reporter asked.

“No more magical than you have,” Jesus Josephovich answered.

“Are you trying to start a new religion?” another reporter shouted.

“No, of course not,” Jesus Josephovich replied. “The world has enough religions. I’m trying to actually help people.”

“What are you going to do if you become Mayor?”

“I am already doing it,” he answered. “Help people. But I don’t want to become May-”

Talia interrupted him before he could finish his sentence. “Next question,” she said firmly.

“What are you going to do about corruption?” someone in the crowd shouted.

The faces in the crowd fell into a hushed silence. The reporters stared at the strange speaker in shock. A few began to laugh.

“All corruption,” one reporter said. “Everything in this country is corrupt.”

“Really?” Jesus Josephovich wondered. “Who in this room has been affected by corruption?”

All the hands in the room were raised. Jesus Josephovich was amazed.

“Tell me what happened,” he requested.

People in the crowd pushed forward to speak – businessmen, students, immigrants, and even elderly women wanted to share their stories. It seemed that everyone had a shocking story of corruption.

“The judge in my court case won’t give me a verdict unless I bribe him!” an old banker said. “He knows I’m right legally, but he said he will make me pay the defendant unless I pay him. It’s disgraceful!”

An old Armenian man stepped forward. “The customs officials lied about my paperwork when I brought products into the country to sell,” he said. “Even though I had all the proper paperwork, they made me pay a bribe to bring my business supplies in because they made up a technicality about the age of the products. How can I do business like this?”

“At least you have a business,” a young businessman in a suit said to the Armenian. “The city government won’t give me a business license unless I bribe them. I followed all the laws, but they still want more money.”

“I can’t get an appointment with a doctor unless I pay the nurses and the surgeon,” said an old woman wearing a blue and yellow “Heal Kiev” t-shirt. “They said I would have to wait three days just for an examination unless I paid. And the surgeon said that if I wanted the operation done well, I should pay a little bit extra! Can you believe it? Now I’m afraid to get an operation!”

A young student stepped forward from the crowd of Jesus fans. “My professor made me pay him a bribe for my test scores. He said it would be impossible to get the highest grade without a ‘gift’. It’s crazy,” the girl screamed. “And even worse, the director of our department told me that she won’t let me graduate unless I give her fake papers that say I already have a job when I graduate. That way the university doesn’t have to help me find a job. How unfair is that?”

Jesus Josephovich shook his head wearily. He was deeply affected by the plight of these poor people, but the most frustrating thing was that none of them seemed to understand the source of the problem.

“Can you not see that politics cannot answer this problem?” Jesus Josephovich said. “When even your judges are corrupt, how can you expect new laws to help you?”

“What do we need?” an older woman asked.

“Corruption is not a legal problem. It is a moral problem,” Jesus Josephovich explained. “Ukraine does not merely need new laws. Ukraine needs a new spirit. A spirit of brotherhood, of unity, and of kindness. But in order for this to happen, Ukraine needs faith. It needs faith to believe that it is possible, and everyone must have this faith. If everyone believes that it is possible and that it is necessary to end corruption, then it will end itself.”

“What if we don’t believe that this is possible?” asked a skeptical reporter.

“Do you believe that you can be an honest person?” Jesus Josephovich asked.

“Then that is all you need,” Jesus Josephovich said. “You don’t need to change everyone else. If every man changes himself, then the work is already done. Change yourself, and the whole world changes.”

Suddenly the lights in the room went off and everyone sat still in the darkness.

She glanced at him and blushed. “I forgot to bribe the manager of the meeting hall to give us more time.”