Chapter 40 of Jesus Josephovich: The Revolution

Published by RChandlerBrown on September 19, 2013 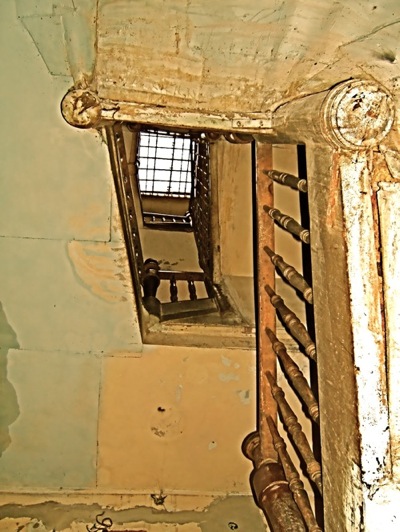 After an adventurous day ice-fishing on the river, the men returned with their prized catch of fish. After they took Jesus’ advice about where to fish, they caught so many that they couldn’t carry them all home with them in the car. They ended up giving more than half of their fish away to the other fishermen on the river who hadn’t been so fortunate.

Fortunately for Nikita, Grandpa Vova’s old fishing buddy, he finally listened to Jesus Josephovich’s advice when he saw how many fish the foreigner and his friends were catching, and he started fishing on the other side like Jesus Josephovich had suggested. He caught more fish than ever before and he started to think that maybe foreigners did know a thing or two about how to fish. He went home a much richer man than when he had arrived at the river that morning.

The next day it was a Saturday, so Jesus Josephovich decided to get some quiet time alone to relax, think, pray, and rejuvenate his body and spirit. He went up into an empty room on the second floor, closed the door, and knelt on his knees to pray. He gazed out of the window at the beautiful winter scene as he praised God for His creation. Birds were chirping, tiny snowflakes were softly drifting to the ground, and the whole earth lied peacefully at rest beneath a cleansing veil of snow.

Without warning the peaceful scene was blaringly interrupted by a terrible sound. He heard a noise like the tearing of metal, the crashing of stones, or the scream of a tortured animal. The sounds twisted and clanged in his ears until his spine tingled with pain. The grating noise seemed to vibrate through the walls and straight into his head, piercing his brain with its incessant screeching.

He apologized to God for the interruption, jumped up and ran downstairs to see what the problem was. When he entered the kitchen he saw Grandpa Vova kneeling next to the kitchen counter and wielding a strange weapon. The weapon was short like a pistol, but it had a long rope attached to one end and a thin snout on the other end which spun in the air like a metal tornado.

As Grandpa Vova applied the weapon to something beneath the counter the ear-piercing noise rang through the house and the entire kitchen shook with horror. Leosha walked into the kitchen covering his ears.

“Grandpa, do you have to do that now?” Leosha asked with a youthful whine. “I’m watching a movie.”

At that moment Katya entered the kitchen from the other side with a similar complaint. “Grandpa, I can’t hear and I’m trying to talk my friends on the phone.”

The other members of the family also entered the kitchen, and it looked like the old man might have to defend himself against an outnumbering attack with his wall-vibrating weapon.

A big smile spread across Grandpa Vova’s face. He stood up tall and put his hands on his hips, like a proud General. “You know what time it is,” he said to the children. “Every year you help me fix something around the house. Well, it’s time to do it again.”

Complaints instantly shot out of the children’s mouths.

The children frowned and looked to their parents for assistance, but there was none. They had been abandoned to the enemy.

Grandma Olga attempted a small but futile rescue. “Oh Vova,” she said. “You never fix anything yourself. You always wait until the grandchildren come so they can do the work instead.”

“That is not true!” Vova defended. “I fixed the sink last month.”

Grandma Olga folded her arms and scowled. “Putting a bucket under the sink does not fix a dripping pipe,” she announced critically.

“Well, the floor isn’t wet anymore, and that’s all that matters,” he challenged. “Kids, are you ready?” he asked, addressing his reluctant recruits.

Everyone looked at their foreign guest with surprise.

“You don’t have to help,” Grandpa Vova said. “This is the family’s responsibility.”

“That’s okay. I want to help,” the foreigner answered. “I was a carpenter back in Israel. I’m pretty good at building things.”

The family was impressed by Jesus Josephovich’s desire to help, and Leosha suddenly felt like he should help too. It was as if seeing his role filled by someone else made him want to perform it as well, even though his “role” was simply to help Grandpa Vova hold things in place and not break anything.

Katya was also more motivated to help now that Jesus Josephovich would be involved, and they quickly began working. Their job was to replace all the old doors on the kitchen cabinets. It was a long and tedious process removing all of the doors and putting on new ones, but Jesus Josephovich seemed to enjoy the work so much that it made everyone else happier to do the work as well.

“You know, working with my hands is one of my favorite things in the world,” Jesus Josephovich said to Leosha as they installed a new door hinge. “It’s hard work, but when you’re finished, you feel like you’ve accomplished something. You’re tired, but when you can see the results of your work in front of you, the fruits of your labor, it feels special. Like you have created something.”

Leosha heard these words and felt them in his heart. He enjoyed many things in life: watching movies, listening to music, playing video games, sports, and many other time-wasting activities. But there was a special satisfaction in building something, in creating something new, something lasting. He didn’t know why exactly, but it made him feel like a man. Of course, holding a power-drill and driving screws into a wall also helped him feel manly.

As they worked, Jesus Josephovich noticed the sounds of construction coming from many different houses. Their drilling and remodeling was joined by a cacophony of hammering and other headache-inducing noises throughout the neighborhood. It was as if the sound of Vova’s drill had awoken the other villagers and reminded them that they also had some repairs that needed attending. Now everyone was joining in on the job.

Leosha worked harder and harder and faster and faster as the work progressed. His body and mind felt refreshed by the physical labor and it seemed to infuse him with more energy than it took away. He felt the anticipation of completing a task near at hand, and it moved him towards the goal with ever-increasing speed. Everyone noticed the change in him. There was a smile on his face and a skip in his step that hadn’t been present before.

Katya, on the other hand, was not quite as enthusiastic about the physical labor as Leosha was. She carried things back and forth and held things in place while her grandfather screwed them into the cabinet, but she clearly didn’t feel apart of the process like her little brother did. Her head was in another place entirely – it was focused on the text messages that constantly streamed into her phone.

“Are you not enjoying the work?” Jesus Josephovich asked.

Katya picked up a cabinet door and held it daintily with one hand, as if it were a dead, smelly fish. She glanced apathetically at the foreigner who didn’t like cell phones. “I don’t mind doing this kind of work every once in a while,” she admitted, “but it seems like we have to fix the same things all the time. It never ends. It’s annoying.”

“How?” she wondered, oblivious to any perspective in which installing a door might be a good thing.

“A house is like the people inside it,” Jesus Josephovich explained. “Left alone it will slowly decay and become a useless dirty mess, but with a bit of consistent work it can become more and more beautiful every year until you barely recognize it as the same house.”

“How does that help me?” Katya wondered.

“It’s a helpful reminder,” Jesus Josephovich said. “If you are not growing and improving, then you are shrinking and deteriorating. If you’re not getting better, then you’re not just staying the same – you’re getting worse.”

“That’s right,” Vova agreed. “I left this new drill in the garage for a year, and now it barely works.” He pulled the drill’s trigger and a terrible metallic screeching sound filled the room. Katya and Leosha plugged their ears.

“But sometimes I like the way things are,” Katya said as she unplugged her fingers from her ears. “There are some things that I don’t want to change.”

“No,” Katya shouted defiantly. “I buy new phones all the time. Better models come out every few months,” she explained.

“Things are always changing,” Jesus Josephovich added. “That is the nature of the universe. Nothing is ever the same, even from one moment to the next. We are constant creations, creating and being created anew.”

Katya sighed as she held up another door. “But that’s too much work,” she said. “Just thinking about it makes me dizzy. How can you think about changing everything all the time? You can’t do it.”

“You just have to improve in whatever you do,” Jesus explained. “Even if you make one small change every week, or every month, or every year, you will see drastic improvements in your life. It is the people who stop improving who fail – not because they aren’t good enough, but because when they stop improving they become worse and worse without even realizing it.”

“Okay then. What do I need to improve?” Katya asked humbly.

“Nothing,” Grandpa Vova said sweetly. “You’re perfect the way you are.”

“Indeed, you are a perfect creation,” Jesus Josephovich agreed. “Because you are never the same.”