Chapter 34 of Jesus Josephovich: The Revolution

Published by RChandlerBrown on September 15, 2013 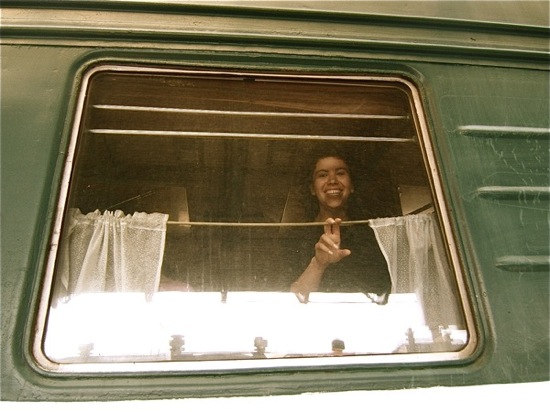 An endless series of phone calls and requests for Jesus Josephovich flooded Volodomir’s household after their guest’s appearances on the news. It was getting so bad that the foreigner couldn’t leave the house without people in the street recognizing him. Everyone wanted him to do something for them: to heal their sicknesses, to make them rich, or to agree with their political or religious points of view. Very few people, if any, ever asked him what he wanted.

The PR agent, who he had never agreed to work with, kept calling him with more business propositions, all the time claiming that it was not in his or her interests but in the best interests of the world that he should become famous.

After a few days of this overwhelming attention, Jesus Josephovich and Volodomir’s family decided to leave the city to get some peace and quiet and let things cool down. Volodomir called his parents, who lived in a village in Western Ukraine, and they invited everyone, including their foreign guest, to stay at their small country dacha.

They packed their bags and headed to the train station in a taxi. Katya dressed Jesus Josephovich in a large fur hat and sunglasses so no one would recognize him. When they reached the train station, however, the foreigner thought that his wintry disguise was unnecessary.

The train station was a bustle of activity and hundreds of travelers were moving in and out of the various exits like trails of ants entering and exiting a nest. Most people were pulling small rolling suitcases or carrying Soviet style heavy-duty blue and white bags in each hand, and everyone was in such a hurry that they never even looked Jesus Josephovich in the face. This was an easy place to get lost in.

Inside the train station, or Volkzalna as they called it in Kiev, there were giant boards on the walls showing all the incoming and outgoing trains, the time tables and track numbers, and various other bits of information that Jesus Josephovich didn’t completely understand. There were fifty different lines to buy tickets, but each one was slightly different and it seemed impossible for a visitor to figure out which line you needed to stand in. The foreigner imagined that many people had stood in these lines for a long time only to be irritably redirected to another.

Fortunately they already had their tickets and they were able to go directly to the platform. They followed the massive flow of passengers through the station and found the track where their train was waiting. Then they proceeded to walk all the way down the length of the track for what seemed like ten or fifteen minutes until they found their car.

At the door of their train car, a broad-shouldered and intimidatingly large woman in a blue uniform asked indifferently for their train tickets. Jesus Josephovich tried to smile at her, but she ignored him completely. She looked at the tickets and handed them back without ever looking at the passengers. Jesus tried to figure out what it was that she was looking at, but it seemed that she was simply staring out into empty space. Apparently it was more interesting than her job.

They climbed up a precariously thin metal staircase and boarded the train. The men carried the luggage into the car through an agonizingly tight hallway while the women found their seats.

As they made their way to their places, the other passengers stared at them, especially at Jesus Josephovich. He could hear many people whispering the word “foreigner” and laughing quietly to themselves as he passed.

Finally they found their seats and placed their belongings under two large red benches which were not only makeshift closets, but also served as seats and beds. The car was divided into many sections, seating four people, with a tiny table between them.

Volodomir, Elena, Katya, and Leosha were together in one section. Jesus Josephovich was seated one section further, which happened to be the last section.

“Keep your money and documents with you at all times,” Volodomir whispered to him. “And don’t leave anything valuable in your coat pockets when you hang your coat up. It might disappear.”

Jesus Josephovich nodded and moved into his section. He sat down and smiled at the other three travelers in his open coupe who all stared at him indifferently. Next to him was a middle-aged businessman, and across from him sat a solider and an older woman wearing a headscarf who was quite a few years past her prime. Across from their coupe on the wall was another bench with two young men who also stared at him while they sipped beer.

The soldier leaned forward with interest and examined the foreigner. “Where are you from?” the soldier asked.

“Not from Ukraine,” Jesus Josephovich answered with a smile.

“You speak Russian very well,” the soldier said. “Do you know Ukrainian?”

“Yes, I do,” Jesus Josephovich said in Ukrainian.

The soldier laughed at the unexpected reply. “That’s great,” he said proudly. “Most foreigners don’t know Ukrainian. They only learn Russian.”

“I like to study people,” Jesus Josephovich stated. “I think to really understand someone you have to speak their native tongue.”

The businessman casually said something in English, thinking that he would show off his linguistic expertise, but his grammar was terrible.

“I go to America many time,” the businessman said in English.

The businessman changed back to speaking Russian. “Where are you from?”

“I was born in the Middle East,” the foreigner answered.

The businessman opened a small bag and took out several sandwiches and a handful of cucumbers wrapped in plastic. Then he placed a large bottle of vodka on the table.

“Do you drink?” the businessman asked.

“In Ukraine we always drink together on trains,” the businessman explained. “If a man has nothing to hide, then he will relax and drink with you. If a man doesn’t drink, then it means you can’t trust him. It is our tradition.”

The statement was as much a challenge as it was an explanation. The businessman held up a bottle of Georgian wine and Jesus Josephovich nodded that he would accept some. The businessman poured the wine and vodka into four cups and handed them to each of the four people in their coupe.

After a lengthy conversation about wine and vodka and various drinking traditions from different regions of the ex-Soviet Union, the businessman offered up a toast. “The first toast,” he said confidently, “is always to your health.”

“To your health!” they all repeated as they lifted their glasses. Another conversation about drinking traditions passed, the glasses were emptied, refilled, and another toast was promptly prepared.

After the second toast, the businessman began to explain in his matter-of-fact manner about the tradition of eating “zakuski” with vodka. His special hors d’oeuvres consisted of small slices of black bread topped with thin cuts of meat and cheese.

“The fats in the meat and cheese absorb the alcohol,” he explained. “That way you can drink more and it’s not a problem.”

Jesus Josephovich imagined that this technique might help reduce the effects of the alcohol slightly, but he doubted that these little sandwiches could prevent drunkenness. He sipped his wine, but when the next toast came around, he showed his gracious hosts that he still had plenty of wine left in his glass and that no more would be necessary. They all looked very disappointed.

They raised their glasses in unison to love. The soldier watched Jesus Josephovich take a small sip of his wine.

“You should drink only vodka,” the soldier continued. “Vodka is not like other drinks. You won’t get headaches with vodka,” he promised. “And vodka doesn’t make you drunk.” He was obviously already a bit tipsy.

The businessman and the soldier continued drinking this way until the vodka bottle and the wine bottle were almost empty. Jesus Josephovich noticed that the more his companions drank, the more their personalities changed. The confident businessman became very calm, and the shy soldier began confidently sharing private stories about his time in the army.

“Do you always drink like this on trains?” Jesus Josephovich wondered.

“Of course,” the soldier said. “It’s a tradition. It helps us feel free to talk about anything.”

“Do you need alcohol to make you feel free?” Jesus Josephovich asked.

“It relaxes us,” the businessman claimed.

“What if you didn’t need something external to make you feel free?” Jesus Josephovich asked them. “What if you could always feel free? What is true freedom?”

They looked at each other and tried to think even though their heads were spinning with all of the vodka and wine. “To have enough money to do whatever I choose to do,” the businessman suggested. “That would be freedom to me.”

The soldier agreed. “To always be able to do what I want.”

Jesus Josephovich smiled at their typical answers. “The free man is not the man who is able to determine what he wants to do at every moment in order to be happy. For that you need money or power, and with these things you can never be free. The truly free man is the man who is able to be happy in any and every situation. No matter where he is or what he is doing, he is not only content, but full of joy – he is free. For that you don’t need money or vodka. You need a mind and heart completely at peace.”

They thought about the foreigner’s words. “What if you can’t find peace?” the soldier asked.

The soldier stared at Jesus Josephovich’s heart and an old saying popped into this head. “You know, my father said that a little vodka is good for the heart.”

“One more toast,” the businessman said. “To the heart!”