Chapter 33 of Jesus Josephovich: The Revolution

Published by RChandlerBrown on September 14, 2013 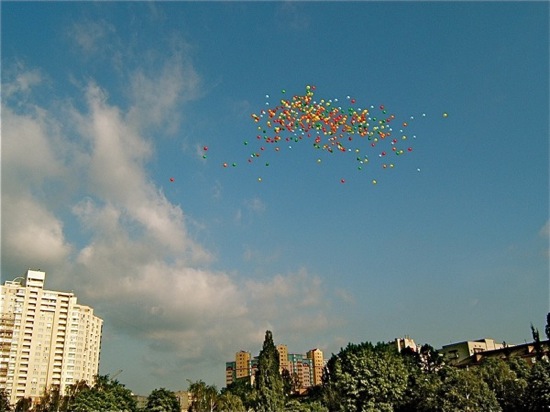 After the previous day’s incident with the aggressive crowd, Jesus Josephovich was once again on every news program on TV. The shows used an image of him standing in the snowy street half-naked with his arm lifted in the air like an Old Testament prophet. It was difficult to tell from the picture if he was being sincere or if he was just crazy.

Volodomir’s phone had been ringing off the hook all day long. People were calling from news agencies and magazines, from newspapers and television shows to try to get an interview with “the Healer”. Volodomir didn’t know how everyone had gotten his phone number, but he was grateful that they hadn’t figured out where he lived yet.

Then there was a knock on the door.

Volodomir’s wife, Elena, answered the door cautiously. “Who is it?” she asked.

Lena had no idea who “me” referred to, but she opened the door and was only slightly surprised when Talia, the public relations specialist extraordinaire, barged, uninvited, into the apartment. She was followed in by two large men in black suits.

“Hello,” Elena said awkwardly as they pushed their way past her.

“There’s no such thing as bad publicity,” Talia said as she walked into the small apartment and made herself at home on the couch in the living room. The two men in suits sat quietly on either side of her. “But, if you’re not careful, you’re going to start getting the wrong kind of reputation. Running around the city with no clothes on in winter will get people’s attention, but that’s not the kind of image that we want to build for you,” she instructed.

Jesus Josephovich greeted her with a friendly hug. The hug caught her completely off guard and she didn’t know how to respond, so she simply sat still and accepted the hug stiffly with her arms pinned to her sides.

“I see you’ve done some thinking about your future,” Jesus Josephovich said.

“I have,” Talia admitted, looking with bright eyes at her new client. “I thought about what you said, and I want to do something good with my life. Something that I will be proud of.”

Jesus Josephovich smiled enthusiastically. “That’s wonderful. Who are these men?”

Talia introduced them without even looking at them. “These men are from a large corporation that wants you to represent their new products.” She watched Jesus Josephovich’s face for signs of excitement. There were none.

“I thought you said you wanted to change and do something good with your life,” Jesus Josephovich replied, slightly confused by her offer.

“I do,” she asserted. “You are the good thing that I want to do with my life.”

Jesus Josephovich wrinkled his brow in confusion and looked at Elena. Elena was equally perplexed, though slightly amused by the PR agent’s undeniable enthusiasm.

Talia spread her hands wide as if delivering an important announcement in front of a large crowd. “You are a healer and a teacher,” she said, with an emphasis on “healer”. “You help people,” she continued, “and you help people help each other. All my other clients have been in the business to make money for themselves, but you can help a lot of people, and I’m going to help make you bigger than all of the others.”

“What does that mean?” Jesus Josephovich wondered.

“I’m going to help you spread your message by teaming you up with people and companies that can help you reach the masses.” She looked from side to side at the men in black suits sitting next to her.

“We want to get you on every television show, in every magazine, and in every newspaper so you can show the world what you can do,” she declared. “And, we want to give you the opportunity to promote products that will be able to help people like you do.”

“What products?” her client questioned skeptically.

“Picture this,” Talia said dramatically. “Imagine a range of health products that can help people stay and feel young for decades. Imagine pills that can take away any pain, and creams that can remove the signs of aging.”

Jesus Josephovich tried to imagine these things, but he didn’t understand how a pill or a cream could make anyone happier.

“Now imagine your face on those products,” she said. “Imagine your message written on the sides of the packaging. You can be the person who helps people feel healthy and feel better about themselves all around the world.”

Jesus Josephovich looked to the two men in suits for an explanation.

“If I may,” the first man said. “We represent a health and wellness organization that produces some of the highest quality health and beauty products in the country and in the world.” He paused to let the idea sink in. It sunk.

“Our products are going to help a lot of people, and we believe that their quality alone will be our biggest selling point. But,” he emphasized, “we want to find a human face to connect consumers personally with these products.”

The two men stared at the foreigner. Jesus Josephovich stared back – unmoved.

The second businessman spoke. “We think that your face would be a perfect symbol for our products.” He paused, expecting a reaction from Talia’s client, but again there was none.

“We like your style,” said the first businessman. “You’re a no-nonsense healer and that’s how we want people to think of our products. They heal your body, take away your pain, and make you look and feel younger better than anything else out there.”

“And of course, there’s big money in healthcare products,” added the second businessman. “You will be well compensated.”

One of the men placed a suitcase on the table. The suitcase popped open and he removed a thin stack of papers and placed them on the table in front of Jesus Josephovich.

“All you have to do is sign here to get started,” he said.

“We have a lot of dreams for our collaboration with you,” said the other representative. “The sky is the limit,” he added, repeating Talia’s catch phrase. “In fact, if you’re willing, we would like to do some research and some tests on you and try to figure out how it is that you heal people. If we can discover exactly how you heal people, then we can cure people all over the world. Imagine the amount of suffering that you could spare people, the pain that you could end.”

Talia and the two businessmen stared at Jesus Josephovich with hungry eyes. Elena watched them with skeptical distaste as the foreigner contemplated their offer.

Their prospective client looked up to the ceiling, stood up, walked over to the window, and looked outside at the people walking in the street.

“And what can your medicine do for a suffering soul?” he asked.

The three guests were silent.

“Is it good for a sick man to believe that he is healthy?” he continued.

Again they sat silently on the couch, a bit confused.

“You want to make a dying woman beautiful, but of what use will beauty be to her soul when this life is over?”

Talia opened her mouth to say something, but stopped herself and remained silent.

“Don’t you think that taking someone’s pain away will make them happier?” the first businessman asked.

“That may be true with some medications, but ours are new,” the second businessman claimed. “They don’t just get rid of the symptoms, they deal with the real problems deep inside.”

“I agree,” Talia interjected. “And with your message and your face on these products, you can help explain that to millions of people. You can help them understand that the pills alone are not enough.”

“Yes, exactly,” said the first businessman. “And if you help us, I’m sure there are many other products and programs that we can develop together to help people heal their souls as well.”

Jesus Josephovich ran his hand through his naturally bushy beard. The businessman noticed that there were no gray hairs in it.

“Your products ignore the soul,” Jesus Josephovich said. “But I will not.”

The foreigner stood up and bowed graciously to the guests. The businessmen looked at the PR agent anxiously, unsure of what they should do. They weren’t used to being rejected. They stood up and shook hands with the foreigner.

“I understand your concerns,” the businessman said, as Jesus Josephovich shook his hand goodbye. “Whatever you decide, it is your decision.”

He reached into a bag and pulled out a white shirt with a logo on it. “But would you consider wearing one of our corporate t-shirts the next time you heal someone?”