Chapter 31 of Jesus Josephovich: The Revolution

Published by RChandlerBrown on August 12, 2013 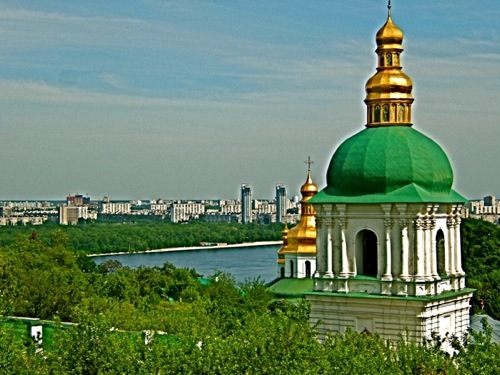 The politician took Jesus Josephovich, Volodomir and Leosha across the city to their apartment. They exchanged information and the politician left with a promise that he would contact Jesus Josephovich again to thank him for what he had done for him and his son. Jesus assumed that this would also include another conversation about miracles. Everybody loved miracles, but almost no one understood them.

Volodomir’s wife, Elena, and daughter, Katya, arrived home later, and they were quite confused about why they had been left alone in the center of the city. Katya, as usual, blamed Jesus Josephovich. She didn’t know why, but she felt like he was here just to make her life more difficult.

Soon, however, all explanations were unnecessary because there on the television, on practically every channel, was footage of Jesus Josephovich poking the politician in the eyes.

Leosha laughed hysterically as he watched the humorous healing. “Why did you poke him so hard?” he asked, laughing.

“To get his attention,” Jesus Josephovich answered.

In the next segment of the news story, the politician was bringing his son on stage and showing the crowd that he was able to walk. Everyone was shocked.

“Did you really heal that boy?” Lena asked, staring at the foreigner in disbelief.

“His faith healed him,” Jesus Josephovich answered. “I just helped him find it.”

The family began discussing the amazing incident when the doorbell rang, interrupting their conversation.

“Are you expecting anyone?” Lena asked.

His wife Lena shook her head and opened the door. Standing at the door was a tall, attractive, professional-looking woman in a pantsuit. Her hair was cut short and modern and everything about her was stylish and calculated. She walked inside and began shaking hands with everyone in the apartment. She stopped when she got to the foreigner.

“Jesus Josephovich,” she said smoothly. “I hope you’re ready for a new life, my friend, because we have a lot to talk about.”

Jesus Josephovich scrunched his nose in confusion. “A new life?”

“You are about to be famous,” she said, as if she were the one responsible for his recent notoriety. “And I’m going to make sure you do it right. Stick with me and you’re going to be a rich man, Mr. Josephovich, a rich and powerful man. The sky’s the limit!”

“Thank you for your concern,” Jesus Josephovich replied as the woman walked around him examining his clothes and hair. “But I’m here to help other people, not help myself.”

“Oh that’s a great phrase,” she said. “Let’s write that one down,” she said as she typed it into her iPhone. “And a few more for the t-shirts and coffee mugs. But your hair… we’ve got to do something about your hair. It’s just so… 60’s. Hippie is out. It’s all about short and confident these days. Maybe a close shave like Justin Timberlake, or a bit of a forward spike like Brad Pitt.”

“Who are you and what are you talking about?” Volodomir asked.

The woman quickly handed them each a sleek black business card as if she were doing them a great favor.

“I’m Talia,” she said, hoping that someone would recognize the obviously invented name. “The best PR agent in Kiev. I only represent the hottest stars and celebrities, but you, my friend, are going to be bigger than them all. You, my friend, have international appeal.”

“Singers: they’re great in their own language, but it’s tough to promote them overseas. Models: they’re great as long as they don’t speak, but there’s just too much competition from Brazil these days. Athletes are always good for a commercial or two, but most of them are too dumb to really exploit their careers. And then there are politicians: great for a laugh and the occasional charity photo-op, but usually not worth the trouble unless they’re in cahoots with big money. But you,” she said, pausing dramatically. “You are the real deal. A healer. A holy man. A helper of the people. You are going to go far. What can I say, everybody loves a miracle.”

“What do you want from me?” Jesus Josephovich asked.

“Photo shoots, magazine interviews, news reports, public appearances. I want your face to be everywhere in this city and around the world. We have a short window of opportunity here, but if we do it right, you’ll be world famous in a few weeks.”

“And why would I want to be world famous?” Jesus Josephovich wondered.

“Why?” she said incredulously. “Because fame is power. Once you’re famous there are going to be books, movies, hats, bumper stickers, toys. Everything with your name on it. We could even make a series of “Get Well Soon” greeting cards from the world’s greatest healer.”

“Once you’re famous, you can do anything you want. You could come out with a Christmas music album or anything else that you can think of and I can get people to buy it. There’s no limit to how much we can exploit your name.”

Jesus Josephovich frowned at the idea. He wasn’t a very good singer, and judging from the music he had heard since he had been in Kiev, his musical tastes probably wouldn’t fit in with modern pop music.

“But we’ve got to give you a more modern, mysterious image,” the public relations woman continued. “That beard is just scary, and your clothes need a major overhaul. I’m thinking some loose Indian style robes or a Japanese kimono. Definitely something Eastern. It will make you seem more mystical.”

“I don’t care about my appearance,” Jesus Josephovich said.

“I know you don’t, darling,” Talia replied, looking distastefully at his shoes.

“I’m just interested in helping people, talking to people,” he continued. “I don’t want to sell them anything.”

“About that,” Talia said disagreeably. “A lot of your speeches are too long and a little boring. We need to cut them down a bit, make them more digestible for the masses. We need a catch phrase, three or four words at most. Something everyone will remember. Something impossible to forget.”

“You know, in the beginning -”

“I don’t care about ancient history,” Talia interrupted. “You’re with me now, and we only think about the future. Okay? Your future with me.”

“And what about your future?” Jesus Josephovich asked.

“My future?” Talia replied, unsure of herself. “What do you mean?”

“I mean, where are you headed?”

Talia paused for a moment to consider the question. “Well, as soon as I have enough money, I’m going to start my own PR company and I’m going to make it the biggest and best public relations group in the Ukraine and Russia.”

“That’s ambitious,” Jesus Josephovich admitted. “And how do you want your children and grandchildren to remember you?” he asked.

“Grandchildren?” she said in surprise. “I don’t know. I don’t have any children or grandchildren.”

“They are the future,” Jesus Josephovich continued. “What would you like them to say about you when you are gone?”

Talia was befuddled and she smiled at everyone in the room as she tried to think up an answer that would please everyone. “I would like them to say that I worked hard and was successful, and that I helped a lot of other people become successful too.” She grinned proudly at her answer.

“Not really,” she admitted. “But she worked hard and she was very smart.”

“That’s good,” Jesus Josephovich replied. “But is that why you love her?”

Talia froze as if she had done something wrong and noticed all the eyes in the room staring at her. She felt like she had missed something, like she and Jesus were having two completely different conversations.

She cleared her throat as she tried to talk. “It’s difficult for me to say that I love my mother,” she confessed. “We are very different, and we disagree on a lot of things. We don’t talk very much. But even if I can’t say that I really love her, I can say that I appreciate her.”

Jesus Josephovich walked over to Talia and touched her hand. She looked up into his peaceful eyes as he spoke. “And is that what you want your children and grandchildren to say about you?”

A tear formed at the edge of the PR woman’s eye and she cleared her throat loudly, trying to keep her composure. “Probably not,” she admitted.

“Okay then,” Jesus Josephovich said, letting go of her hand. “It’s looks like we both need to think about our futures.”

Suddenly, as Jesus Josephovich touched her hand, she witnessed two parallel futures. In one she was a successful PR agent, world famous, but utterly alone. In the second, she was married with a family, and though life was more difficult, the relationships made it even more worthwhile.

She watched herself and her family grow and age in both lives, until she arrived at her deathbed. In one life she was surrounded by her husband, her children, her grandchildren, and in her arms was placed her first great-grandchild. In the other life she was alone in the hospital and not even the nurse wanted to speak to her. Like a flash of bright light, it became clear in her mind that all the personal success in the world couldn’t earn her anything that she could take with her in the end. Yet in the life with her family, she experienced this inescapable feeling that she would see them again some day, that their relationships would never be lost.

Talia awoke from the vision and was startled to see that only a few seconds had passed in the real world even though she had experienced two lifetimes in her mind. She nodded humbly to the foreigner as she wiped the sweat off her brow. “You’re right, of course,” she said. “I do need to give my future a bit more consideration.”

Jesus Josephovich took her hands in his and smiled at her knowingly, as if he had also witnessed her two possible paths.

Talia quickly recovered and the confident PR woman began making plans once again. “Let’s talk more about this later. Give me your cell phone number. My number is on my business card.”

Jesus Josephovich grinned guiltily and looked at Katya. “I don’t have a cell phone,” he admitted.

Talia almost fainted. “Forget about the future. You’re not even in the present!”