Chapter 29 of Jesus Josephovich: The Revolution

Published by RChandlerBrown on August 6, 2013 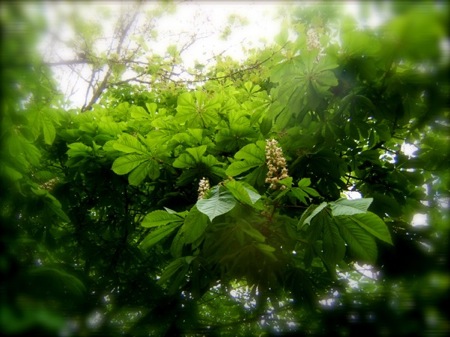 After the small celebration with the group of homeless men and the young runaway girl, Volodomir took Jesus Josephovich back to the center of the city to meet up with his wife and daughter again.

When they reached the city center, the political rally had reached its peak. A man was speaking on a stage that looked like it had been built to host a rock concert, and a large crowd had gathered to hear him speak.

The speaker was a stocky man in an expensive suit. He was older, in his mid- fifties, and he had a round tuft of hair on the top of his head, like an island surrounded by a moat of freckled skin. He constantly adjusted a pair of thin-rimmed glasses on his broad face.

The old politician was not very charismatic, but he was angry enough to get the crowd stirred up. It was clear that he was on the losing side of whatever argument or campaign he was running, and the bitterness of his words made the crowd increasingly hostile.

“Who is that?” Jesus Josephovich wondered.

“Why does he want to be mayor?” Jesus Josephovich asked.

“The same reason everyone wants to be mayor. Money.”

“The mayor has a high salary?” Jesus Josephovich asked.

Volodomir laughed. “No, no. No one who works for the government makes a good salary. It’s the bribes and the illegal deals that make all the politicians rich.”

“If they do illegal things, then why do people vote for them?”

Volodomir shrugged his shoulders. “We don’t have a choice. Good people don’t usually become politicians, and if they do, they don’t get very far. Not in this system.”

Jesus Josephovich frowned and listened to the speaker shout at the crowd about all of the problems with their country. Jesus Josephovich was surprised that after all the talk about problems, the politician didn’t seem to offer many solutions. It seemed much easier to complain about the way things were than to offer any real answers to the problems.

“You came back!” he said excitedly. “Come with me, please. There’s someone I want you to meet.”

Volodomir wanted to say no, but Jesus Josephovich was already being dragged through the crowd by the campaign manager. He took the foreigner all the way around the crowd to the back of the stage. They passed through a line of heavy-set security guards all dressed in black and found themselves backstage.

“Who do you want me to meet?” Jesus Josephovich asked.

The campaign manager motioned towards the politician on stage. “He heard about how many people you attracted to the rally this afternoon and he wants to talk to you.”

Jesus Josephovich grinned. People always thought the things he did were linked to some magical power, but all they really had to do was learn how to love other people like you loved yourself. The problem was that no one ever thought it was that easy to make an impact. They always looked for more complicated solutions – or less effective ones, like yelling.

As he was looking around at the group of political supporters and business people, waiting for the politician to finish his speech, he noticed a young boy sitting in a wheelchair next to the stage. He walked over to the boy and knelt down to talk to him.

The boy was taken aback, but after a quick look at his face he realized that the strange man was just a friendly foreigner.

Jesus Josephovich smiled. “What happened?” he asked concernedly, looking at the wheelchair.

The boy put his hands on the armrests and grunted uncomfortably. “It was a car accident,” he said. “A truck ran into us when we were driving at night. It crushed the back of the car. I hurt my back and I haven’t been able to walk since.”

Jesus looked at the boy’s legs. They were whole and didn’t appear to be badly damaged. “Who told you that you couldn’t walk?” Jesus wondered.

The boy stared strangely at the foreigner. “The doctors,” he answered.

“And do you believe them?” Jesus Josephovich questioned.

Sasha wasn’t sure how to answer. “Yes, of course. Why shouldn’t I? They’re doctors.”

The boy frowned. “Of course! If I could.”

The boy considered this. “I think it’s possible, but I don’t think it will happen.”

Suddenly the crowd clapped loudly and there was a bustle of movement around the stage. The politician had finished his speech. He walked through a group of supporters who patted him on the back and shook his hand vigorously. Eventually the politician walked over to where Jesus Josephovich was talking to the boy.

“Who is this?” the stern politician said distrustfully.

The chubby campaign manager quickly cut in between the politician and the foreigner. “This is the man we told you about. This is Jesus Josephovich.”

Suddenly the politician’s demeanor completely changed. He gave the foreigner a hearty handshake and his best fake smile. “I’ve heard a lot about you,” he said enthusiastically. “I think we have a lot to talk about.”

“I’m sure we do,” Jesus Josephovich answered, though he was thinking of a very different topic of conversation than that which the politician was imagining.

Sasha smiled. “He told me that I could walk if I wanted to,” the boy stated. “Can I really walk if I want to?” he asked his father hopefully.

The politician frowned angrily. “Why would you say that to a child like this?” he shouted at the foreigner. “It’s not right to get his hopes up like that.”

Jesus Josephovich stared at the politician’s angry face. “You don’t believe that your son can walk?”

“May I see your glasses?” Jesus Josephovich asked.

The politician was confused, not understanding the relevance of the question, and he handed the foreigner his glasses without thinking.

“Do you believe that you can see clearly without these?” Jesus Josephovich asked as he examined the Italian-made glasses.

“What are you talking about?” the politician shouted.

“Who told you that you couldn’t see?” Jesus Josephovich questioned.

“I’ve always had trouble seeing since I was a child,” the man admitted.

“Was it your mother, or your father, a relative, or another doctor?” Jesus asked. “When did you stop believing that you could see clearly?”

The politician was completely confused now and the crowd was beginning to watch his interaction with the odd-looking foreigner so he tried to grab his glasses back, but Jesus Josephovich quickly pulled them away.

Jesus Josephovich held up his hand in front of his face. “Can you see my fingers clearly?” he asked.

“Yes,” the politician said, embarrassed that the crowd was now watching them with interest.

Jesus Josephovich moved his fingers closer and closer to the man’s eyes. “Can you still see them clearly?”

“Yes of course,” the politician said, now getting frustrated.

“If you can see them clearly, then what is keeping you from seeing everything clearly?” Jesus Josephovich moved his fingers even closer and then, to everyone’s surprise, he poked the politician in the eyes. The crowd gasped and the politician reeled backwards and put his hands to his eyes in shock.

“What are you doing?” he screamed. He rubbed his eyelids and was about to yell at his security guards to grab his attacker when he opened his eyes. The politician looked around and realized that he could see perfectly. He was amazed. “What did you do to me?” he asked. “I can see everything without my glasses!”

The politician’s young son jumped out of the chair and ran to his father. “Did he really heal your eyes?” the boy asked.

The politician froze, along with everyone around them in the crowd, and stared at his son standing on his own two legs. He grabbed his son in his arms and hugged him passionately. “My son!” he shouted and gaped at the foreigner. “You healed my son!”

Jesus Josephovich held his hands up in the air innocently. “I didn’t heal anybody. You healed yourselves. Your faith healed you,” he claimed. “I just helped you find it.”

The politician ignored his words, knelt on the ground and grabbed Jesus Josephovich’s hands. “Thank you,” he said. “Thank you!”

Jesus Josephovich smiled cautiously. “You’re welcome. But this doesn’t mean that I’m voting for you.”