Chapter 23 of Jesus Josephovich: The Revolution

Published by RChandlerBrown on July 26, 2013 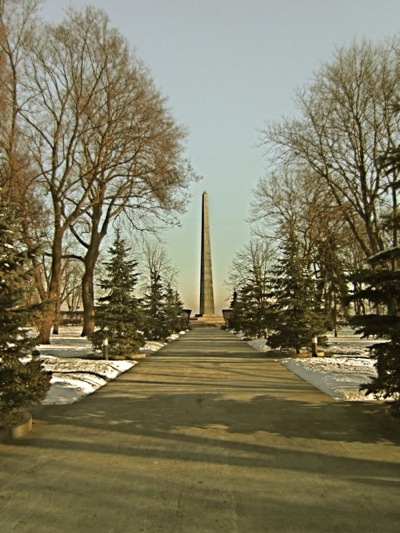 After being robbed in the alley, Jesus Josephovich returned to Volodomir’s apartment with no money, no cell phone, and a big smile on his face as if nothing bad had happened at all. In fact, he was quite excited about meeting his two new friends in the alley, whose names, unfortunately, he forgot to get before they ran away.

Katya was furious about the cell phone, but when she learned that their foreign guest had been robbed, she was able to give him a little forgiveness.

“I’ll have to get you a new one tomorrow,” she said.

“I really don’t need one,” Jesus Josephovich remarked, remembering the debacle in the cathedral. “They’re more trouble than they’re worth, I think.”

“You can’t live in Kiev without a cell phone,” Katya shouted in dismay.

They walked into the living room and Katya’s younger brother, Leosha, was sitting on the couch, watching a movie on television. It was an American action movie poorly dubbed into Ukrainian. A monotone Ukrainian voice translated each phrase after it was spoken in English, creating a bizarre mix of English and Ukrainian being spoken at the same time.

A car exploded in the movie and a group of men fired weapons at a solitary hero who quickly disposed of them with a few shots from his machine gun. Blood splattered across the screen and the enemy soldiers screamed in agony as explosions lit up the background. Leosha laughed.

“What is this?” Jesus Josephovich asked.

Katya grunted. “Your action movies are so stupid,” she screamed.

“People never fall in love the way they do in those movies,” Leosha said. “They know each other for three days and they want to get married.”

“And you think this is realistic?” Katya shouted. “It’s as bad as your video games.” She folded her arms angrily and walked out of the room.

On the television, the action hero snuck up behind a soldier and cut his throat with a large hunting knife. The enemy soldier fell to the ground dead.

“Is this a good movie?” Jesus Josephovich wondered.

“Then why are you watching it?” Jesus Josephovich asked.

“I have nothing better to do,” Leosha admitted.

The action hero ran through a long hallway and into another room full of enemy soldiers. He quickly blew them all to pieces with a grenade and shot any survivors.

Jesus Josephovich was amazed at the violence. “Is this a true story?” he asked.

“In a movie it is, I guess.” Leosha suddenly felt uncomfortable.

A moment later there was a scream from Katya’s bedroom. They all ran into her room to see what was the matter. Katya was sitting on top of her desk staring frantically at her bed.

“What happened?” her mom asked.

She pointed to her bed with a shaking hand. “There’s a huge spider on my bed.”

Leosha started laughing. Her mother and father glanced at each other and sighed.

Leosha ran over to the bed and located the intruder. It was a big, thick, black spider. It looked like a killer insect out of an old horror movie.

“Wow, that’s a big one,” Leosha said. He was impressed.

“Would you be angry if I threw him at you?” her brother asked courteously, about to launch the spider in the air at his sister.

“No! Don’t!” Katya screamed and ran out the door. She peeked her head in around the door frame. “Don’t Leosha! That’s gross!” Leosha laughed.

Volodomir reentered the room with a newspaper rolled up in his hand.

“What are you going to do?” Katya asked.

“I’m going to smash it,” Volodomir said, illustrating the technique by hitting the newspaper against the palm of his hand. He walked over to the spider and raised the newspaper above it. He was about to crush the creature when Jesus Josephovich grabbed his hand.

“Let’s try something else,” Jesus Josephovich said. Volodomir put the newspaper down and watched Jesus Josephovich as he sat on the bed next to the ugly spider. Their guest laid his hand gently on the blanket and let the spider calmly crawl into his palm. Leosha watched with excitement.

Jesus Josephovich held the spider up to his face and examined it. The spider crawled across his hands trying to get away. “He’s a big one,” Jesus Josephovich said. “But he’s harmless. Less harmful than we are at least. See?”

He held the spider up towards Katya and she screamed again and hid herself further behind the doorway. Leosha chuckled.

“Why don’t you kill it?” Leosha asked, looking at the newspaper in his father’s hands.

“Why should I kill it?” Jesus Josephovich asked.

“Because it’s a spider,” Leosha said. “Spiders shouldn’t be in our apartment.”

“Maybe his family lived here before this apartment was built,” Jesus Josephovich suggested. “Maybe we’re invading his territory. Maybe he has just as much right to live here as we do.”

“But it’s just a spider,” Leosha replied. “It doesn’t matter if we kill it.”

Leosha stared at the spider, unconvinced.

Katya was still cowering in the hallway. “I don’t care what you do with it,” she said. “Just get it out of my room!”

Jesus held up his hand to Leosha. “Do you want to hold him?”

The boy nodded and Jesus Josephovich passed the spider into his hands.

Leosha was fascinated by the bug as it crawled around his fingers. He had to hold it very carefully so as not to hurt it. It was very fragile. Holding it in his hands, he realized, for the first time, that this little bug was not just a pest, but a life.

Leosha handed the spider back to Jesus Josephovich. He watched it crawl frantically around the foreigner’s hands as it searched for a safe place to rest.

“What should we do with it?” Leosha asked.

Leosha opened the window and Jesus Josephovich carefully carried the spider across the room. He smiled at the spider and gently placed it on the window sill outside. It quickly crawled away.

“Good luck my friend,” Jesus Josephovich said to the spider.

Leosha smiled and watched the spider crawl across the window sill. He didn’t know why, but in that moment, in the life of that little spider, he understood more clearly the value of life than from any sermon or philosophy or school lesson that he had ever heard. The way this strange foreigner treated that tiny bug with such respect and caring made a bigger impression on his young mind than any act of heroism he had seen on television or in films. This was real.

“Is it gone?” Katya asked fretfully.

“Don’t worry,” Leosha said. “He can’t hurt you. He’s going to find himself a new home.”

The family left Katya’s room in peace and Leosha took their foreign guest back into the living room. The action movie was still blaring on the television. Bullets were flying and cars were exploding.

Leosha stared at the television for a moment and then changed the channel. He found another dubbed movie, this one from France, and called to his sister.

“Katya! There’s some stupid romance on,” he said. He looked at Jesus Josephovich and grinned. “Do you want to watch it?”