Chapter 22 of Jesus Josephovich: The Revolution

Published by RChandlerBrown on July 25, 2013 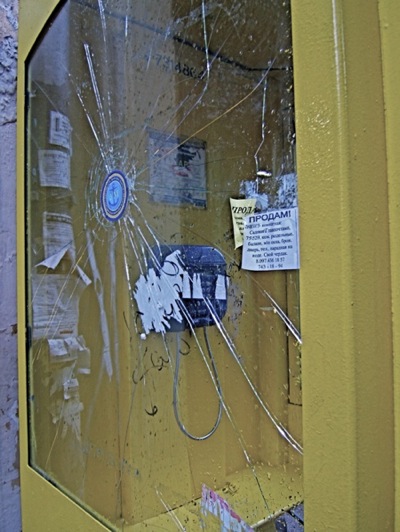 Volodomir and Jesus Josephovich escorted Irina Alexandrovna to her home after her emotional breakdown in the restaurant. Surprisingly, though she had wept as if death were upon her, by the time they brought her to her apartment, she was smiling and laughing with an innocent spirit that completely amazed Volodomir. He had never seen her like this before.

It was as if Irina had returned to her childhood. The cynical executive had transformed into a wide-eyed little girl. Rather than complain about everything, she saw the world through new eyes and everything excited her. She saw beauty and possibility where before she had seen only ignorance and obstacles.

When they had gotten her into her apartment, Volodomir looked at Jesus Josephovich with a profound respect that verged on fear. “What did you do to her?” he asked.

Jesus Josephovich shook his head and shrugged his shoulders. “I didn’t do anything to her,” he said. “Whatever she heard was her own creation. It was her own voice that she was hearing. Her own judgments and opinions.”

“Warn me before you do anything like that to me,” Volodomir requested.

“I would never do anything without your permission,” he promised. “I am at your service.”

They returned to Volodomir’s apartment and, as they entered the building, Jesus Josephovich stopped and walked back to the door.

“Where are you going?” Volodomir asked.

“I want to take a walk alone,” Jesus Josephovich said. “I haven’t had much time alone lately.”

Volodomir walked over to him and handed him his large Russian fur hat. “Take this,” he said. “It’s cold outside.”

The hat fit snugly on Jesus’s head and its wide square shape made him look like an Eskimo. He nodded his head in thanks and headed out into the snowy night.

Outside it was bitterly cold, but there was no wind and the moon was shining through the black clouds like a spotlight on a darkened stage. There were very few streetlights and Jesus Josephovich found himself walking in almost complete darkness through the alleyways as he tried to find his way to the park.

Walking down a particularly dark alley, he heard a noise behind him and something hit him on top of the head. Glass shattered to the ground and he turned around to see two burly men in black leather coats and black hats who looked like they were ready for a fight.

“Hello,” Jesus Josephovich said calmly. “Can I help you?”

The two men froze. They looked at each other, unsure of what to do. The first man looked at the broken glass beer bottle that he had just hit the foreigner over the head with. Jesus Josephovich’s thick hat and dense hair had cushioned the blow so that he had barely felt it, but the two muggers were thinking about how strong this man must be to not be bothered by such an assault. Plus, the foreigner wasn’t afraid. He was calm. Too calm.

The man with the broken bottle stuck the jagged glass in Jesus Josephovich’s face and nervously asked him for his money. The other man moved around to his side to block his escape.

But the foreigner didn’t run. In fact, Jesus Josephovich was very obliging. “How much do you need?” he asked.

“All of it,” the mugger yelled.

“I wish I could give you more,” Jesus Josephovich said as he pulled all the bills that Volodomir had given him out of his pocket. “I don’t have very much money. I’m not from around here.” He handed the mugger the money with a smile.

The second robber grabbed the money out of his hand and started to count it. The first robber held the broken glass closer to Jesus Josephovich’s neck.

“If you need more I can ask my hosts if they can help you too,” Jesus Josephovich suggested kindly.

The muggers were surprised at the mention of others. They looked around them but didn’t see or hear anyone else in the area.

“Where are these hosts?” the man with the bottle asked aggressively.

“Oh, they’re at home in their apartment,” Jesus answered.

“That’s okay,” the mugger said cautiously, unsure what the strange foreigner was trying to do. “It won’t be necessary. Do you have anything else on you?”

Jesus Josephovich thought about this for a moment. “I don’t have any money, but I have a phone.” He felt in his pocket for the cell phone that Katya had bought him and gave it to the two men. “You can keep it,” Jesus Josephovich said. “It’s been more trouble than it’s worth.”

The second mugger flipped it open, glanced at the model number, and then closed it and put it in his pocket.

Jesus Josephovich looked into his eyes. “Why are you so nervous?” he asked. “Do you feel guilty about asking other people for help?”

“What are you talking about?” the man whispered angrily. “I’m not asking for your money, I’m taking it.”

“But if it’s a gift, then it doesn’t matter if you’re taking it or if I’m giving it. It makes me happy either way.”

The man stared at Jesus Josephovich, thinking that at any moment he was going to start laughing at them, but there was no sign of humor in the foreigner’s tranquil face. “How can you be happy about this?” the criminal questioned.

“Because I know it will help you,” Jesus Josephovich replied. “There are many people who need help in this city. Beggars on the street, old women without their families, misdirected teenagers, and even regular businesspeople who don’t know what to do with their lives. They all need help, and nothing makes me happier than to give it to them.”

The muggers glanced at each other. “Who are you?” the first mugger wondered.

“My name is Jesus,” he said. “Jesus Josephovich.”

“Jesus,” the first robber repeated nervously, and crossed his heart in the orthodox tradition. The two muggers began to back away very slowly. They looked like frightened kittens as their mouths gaped and their eyes popped halfway out of their heads.

“You shouldn’t feel guilty about asking other people for help,” Jesus Josephovich said, moving towards the retreating muggers. “I wouldn’t hit people over the head with bottles any more though. Somebody could get hurt, and that would be bad.”

The two muggers walked backwards faster as Jesus Josephovich approached them. At the end of the alley, they slipped on a sheet of black ice and fell on their backs. Jesus Josephovich stood over them and they held their hands up in defense.

Jesus Josephovich stood over them in the cold alley. Above his head was a single streetlight that wrapped around his shadowed form like a mystical halo, frightening the muggers even more. He slowly extended his arms, grabbed the muggers’ hands, and helped them to their feet. The muggers looked at him with guilty eyes.

The first mugger swallowed nervously. The other shuffled his feet.

“I know it’s difficult to believe when you feel so guilty all the time,” Jesus continued. “When you have a lot of hate in your heart, sometimes you forget that other people don’t feel that way. Sometimes you forget that God doesn’t feel that way either. You think that because you are angry at everyone around you, that they are angry at you too. That God is angry at you. But it isn’t true. God is love.”

“I’m sorry,” the first mugger said. His hands were shaking as he reached into his pocket and pulled out the money that Jesus Josephovich had given him. “Please, take it back.”

Jesus Josephovich shook his head. “Money isn’t important. What’s important is how you treat other people. If you want to give the money back, find someone who needs it more than you and give it to them as a gift.”

The mugger held the money in his hand and then slowly put it back in his pocket.

“You can change,” Jesus Josephovich said. “Just start loving other people in your heart and in your actions, and soon you will realize that God still loves you. He always has and he never stops, no matter what.”

Jesus Josephovich gave the man a hug, and then embraced his companion. He walked away and vanished into the darkness as the two muggers simply stood there and stared at him, wondering what had happened to them. A shiver went up their spines. They ran off and gave the money to the first homeless man that they saw, crossing their hearts and praying to God not to curse them.

Jesus Josephovich eventually arrived safely back at the apartment. When he did, he was greeted by Volodomir’s daughter who looked like she was in a bad mood.

“What happened to you?” Katya questioned. “I’ve been calling you for twenty minutes.”

“Oh, sorry,” Jesus Josephovich replied. “I couldn’t answer my cell phone. I gave it to some men I met in the alley.”

Katya couldn’t believe her ears. “You did what?”