Chapter 21 of Jesus Josephovich: The Revolution

Published by RChandlerBrown on July 24, 2013 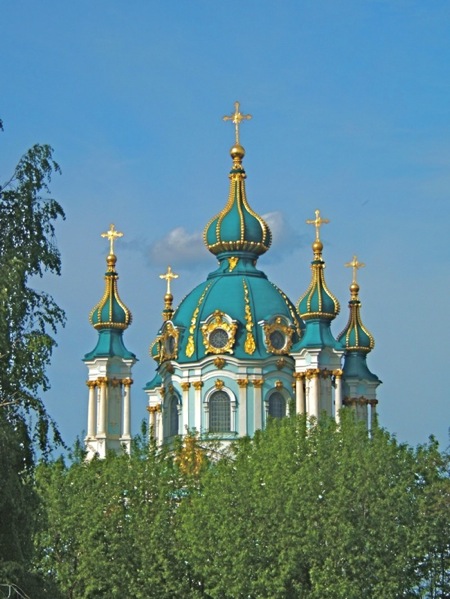 After a memorable cab ride, Jesus Josephovich headed into a fancy restaurant where he was supposed to meet Volodomir and his boss for dinner. Volodomir was waiting for him by the door, and to Jesus Josephovich’s surprise, there was an attractive middle-aged woman standing next to him in a modern two-piece pants suit.

“Jesus Josephovich,” Volodomir greeted his friend with a handshake and a hug. “This is my boss, Irina Alexandrovna.”

They shook hands politely and entered the restaurant. Jesus Josephovich thought it was quite interesting that Volodomir’s boss was a woman. He imagined that it would be very nice to have a calm, patient female superior.

As they sat down at the table, Jesus Josephovich’s ideal vision of a motherly manager was quickly shattered when Irina Alexandrovna began shouting out orders to the hostess who, as she so tactfully expressed, had seated them at the worst table in the house. He suddenly understood why she was the boss of the company.

“How can we enjoy our meal here?” she ridiculed. “Find us a good table.”

The terrified hostess ran off and handed them off to another waiter, a young woman who patiently sat them down at a private table in the corner of the restaurant.

“The service at these places is always intolerable,” Irina stated spitefully, and loud enough that the waitress could hear her. “They hire these ignorant children who haven’t even finished their university courses yet. They should be working at McDonald’s, not a four star restaurant.”

Volodomir tried to smile, but said nothing. Jesus Josephovich watched the severe businesswoman as she sat down and glanced at the menu. Before he even had time to pick his menu up, Irina had already placed her menu back on the table and declared that she would order for all of them.

“I know the best things to order,” she assured them. “If you order something else, you’ll probably be disappointed. The chef here isn’t very creative. Few Ukrainian chefs are.”

Volodomir put his menu back on the table, but Jesus Josephovich continued flipping through it just to see what was there. He wasn’t sure what Irina was complaining about. All of the food looked good to him.

“So Volodomir has told me a lot about you,” Irina said straightforwardly, when she saw that the foreigner hadn’t put the menu down yet. “How long are you going to be in Ukraine?”

“As long as it takes,” Jesus Josephovich answered. “What is Chicken Kiev?” he asked, perusing the dinner specials.

“You don’t want that,” Irina said firmly. “So you’re here in Kiev indefinitely? Would you consider staying forever?”

“Forever is a long time,” Jesus Josephovich said, as if he had experienced it before. “But I’m actually planning on going home when I finish my work here.”

“Unless we change your mind,” she said, fully confident that she could change his mind at a moments notice if she wanted to. “What do you think of Kiev so far?”

“I’m enjoying it,” Jesus Josephovich said. “The people are great and so is the food.” He held up the menu with a smile.

Irina sat up tall in her seat and shook her head. “People here are stupid,” she said. “Stupid and petty and corrupt.”

Volodomir was embarrassed and cleared his throat, shuffling the menu in his hands. Jesus Josephovich continued to study the uptight businesswoman.

The waitress returned and Irina quickly ordered for all three of them, including drinks and appetizers, in a voice that sounded like it was commanding an army. After giving her orders, she returned to her former line of thinking.

“Yes, the people in Ukraine are stupid,” she continued. “These people don’t know how the real world works. They steal from each other like ignorant children, and they think that the government is going to solve all of their problems. They are lazy fools,” Irina said callously.

“You might be judging them a little bit harshly,” Volodomir argued.

“I judge them no harder than I judge myself,” she declared. “If I did the things that I see my countrymen doing every day, I would be ashamed of myself as well.”

Volodomir stifled a grin. He found it hard to believe that Irina Alexandrovna had ever felt ashamed of herself for anything. He tried to change the subject. “How was your time with Andrey Bogdanovich?” he asked Jesus Josephovich.

After more general conversation about the day and Irina’s pessimistic perspective on the general state of the country, the waitress delivered their food and left their table as quickly as possible before the businesswoman could complain about anything else.

At the end of the meal, however, as the waitress was clearing their plates off the table, Irina began commenting to her about everything that could have been better. The food wasn’t hot enough, the vegetables didn’t taste fresh, the meat was overcooked, and the soup didn’t have enough flavor.

“And what’s the matter with you?” Irina Alexandrovna questioned the discouraged waitress. “You look so depressed that I can’t enjoy my food. You could at least pretend to be happy to serve the people who pay your salary.”

The waitress’ eyes began to water and Volodomir quickly asked for the check to give her an excuse to leave. The waitress stomped away bitterly.

“Was that necessary?” Volodomir asked.

“Of course it was,” Irina answered. “If no one tells them the truth, then they’ll never improve.”

“The truth,” Jesus Josephovich echoed. “It is so rare to find these days.”

“I couldn’t agree more,” Irina said. “What we need are more people who are willing to speak their minds.”

“What we need is God’s perspective,” Jesus Josephovich said.

Irina nodded her head vigorously, assuming that God’s perspective agreed precisely with her own. “You know, people have made such a mess of things, sometimes I think that it would be better if God just destroyed them all and started over.”

Jesus Josephovich looked into her eyes. “Do you know how God judges?”

“With fire and suffering,” she said passionately. “That’s how God will judge this degenerate world. And rightfully so.”

“God doesn’t judge people the way you think he does,” Jesus Josephovich stated.

“Then how does he judge us?” she asked. “According to what rules?”

“God does not want to judge us like the courts judge us, showing us where we have broken the law. He is not a lawyer,” Jesus said.

“I’ve heard there aren’t many lawyers in heaven,” Volodomir joked.

“There are some,” Jesus Josephovich joked. “But they usually work pro bono.”

“Then how will he judge me?” Irina asked, interested to see if the foreigner’s answer would match her own feelings on the matter.

Jesus Josephovich sat back in his chair and silently stared at her.

“How will he judge me?” she repeated.

Suddenly a familiar voice echoed in Irina’s mind. “That was a stupid question,” the voice said. “You already asked it.”

Irina was shocked. She looked around, but no one was there.

“And sit up straight,” the voice said. “You look like a country peasant.”

Irina was angry now. She looked everywhere for the source of the voice, even under the table, but there was no one to be found. Volodomir looked at her like she was crazy. The voice continued speaking, saying rude, judgmental things, and she was about to scream for silence when she recognized whose voice it was.

The voice made a comment about work, and Irina realized that she was hearing her own voice and her own comments that she had made about others. But these comments were aimed back at her, and each time she heard the voice, she remembered a time in the past when she had been guilty of such a fault.

Then the voice began talking about today. It made a comment about everything she had done, the way she looked, the way she walked, the way she spoke; all the comments that she had made about other people were now being made about her. Finally her words to the waitress came back to her, and she saw her own melancholy face in the mirror as the voice spoke: “You could at least pretend to be happy.”

Irina broke into tears and cried like a little girl. Everyone in the restaurant was stunned into silence. Volodomir looked at Jesus Josephovich with wide eyes, but didn’t dare say a thing. Jesus simply reached out and tenderly touched Irina’s hands.

The waitress came over with the check and asked if everything was okay. Irina grabbed her hands and knelt on the floor with tears streaming down her cheeks.

“I’m sorry,” she said. “I’m so sorry. I’m sure you’ve had a long day and you’ve had to deal with terrible people like me and you have a tiring job and nobody is grateful for what you do and I didn’t mean to say those things to you. I’m so sorry.”

The waitress began to cry too. She forgave Irina and the two women held one another in each other’s arms and wept softly as the patrons looked on in shock.

After the spectacle was over, the trio paid for their meal and left the restaurant in a dream-like state. As Irina walked outside, she felt as if her soul had been washed clean. She was drying her tears with the edges of her sleeves when she stopped suddenly and ran back inside the restaurant as if the place had been on fire.

Irina replied without looking back. “We forgot to leave a tip.”