Chapter 20 of Jesus Josephovich: The Revolution

Published by RChandlerBrown on July 23, 2013 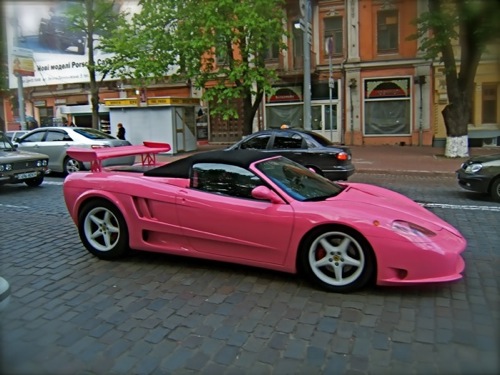 As Jesus Josephovich and Andrey Bogdanovich were leaving the building, the Texas Preacher handed them each a book that he had written and said that he would be very pleased if they would read it. The preacher’s name was in larger letters than the title of the book and there was a huge picture of him on the back side showing off his big American smile and his gold rings. The book was called “Giving to God”.

As they walked out to the street, Jesus commented on the title. “I wonder if they understand what God really wants,” Jesus Josephovich said.

“From his sermon, it sounds like God wants all of our money,” Andrey replied.

“Maybe they don’t know what that means.” Andrey looked at his watch. “It’s time for you to meet Volodomir,” he said. “I’ll call you a taxi.”

Andrey went to the main street and hailed a cab. He explained where the driver was to take Jesus Josephovich and then handed his friend money for the trip.

They shook hands as Jesus Josephovich climbed into the taxi.

“Thank you for what you have shown me today,” Andrey said earnestly. “I will not forget it.”

“The only way not to forget it,” Jesus Josephovich replied, “is to do it.”

Jesus got into the taxi, closed the door, and waved goodbye to his new friend. The car started up with a jerk as the engine revved and the taxi driver pulled out into the busy street.

The driver looked in his mirror and half-smiled out of amusement. He mumbled something to himself about foreigners under his breath, and continued driving.

The taxi was an old, dirty, discolored blue Volga with patchwork seats and yellow-stained windows. The air was so thick with smoke that Jesus Josephovich could barely breathe, but when he tried to roll down the window, he found that it was broken. The driver was blasting tasteless pop music from the radio and smoking a cigarette with one hand while driving haphazardly with the other. He seemed not to notice that he was driving much faster than anyone else on the road, and those who were driving slower or trying to obey the traffic rules he swore at abusively.

Jesus Josephovich was quite amazed by his driving style. It seemed to perfectly match his temperament. He swerved in and out of traffic, slipped through extremely tight places between cars, ran through red lights when they weren’t convenient, and honked at pedestrians who dared to cross the street in front of him.

There was a lot of traffic at this time of day, so the driver was employing special maneuvers to get them where they needed to go as fast as possible. There was a long line of cars at a red light, but rather than wait in the line, the driver drove on the wrong side of the road around the line and stopped his car in front of all the other cars. Before the light turned green, he sped off down the narrow avenue.

Jesus Josephovich was pleasantly surprised that nobody honked. Apparently the other drivers knew that the “Taxi” sign on the roof of the car gave it special privileges to break the law.

On another busy street, they ran into a long line of traffic that was barely moving. The taxi driver cursed and looked around for an exit. He tried to drive his car backwards down the street towards where they had come, but he was soon blocked in by more cars.

With nowhere else to go, the driver pulled his car onto the sidewalk. The sound of scraping metal vibrated through the old Volga as it climbed up the curb. The driver sped down the sidewalk as far as he could go, occasionally slowing down for old women and children who moved out of his way, and when he ran out of room on the sidewalk, he simply pulled back into the line of traffic. Again, no one honked or complained. Jesus Josephovich was astounded.

“Is it okay to drive on the sidewalk?” he asked.

The driver shrugged his shoulders. “There are too many cars in Kiev,” he said. “You have to do what you have to do. If you sit in that traffic, you won’t go anywhere.”

“Are there rules for driving here?” Jesus Josephovich wondered.

The taxi driver laughed. “Of course. But nobody follows them.”

“Don’t you have to get a license or permission to drive?” Jesus Josephovich asked.

“Nah,” the driver said with a wave of his hand. “You don’t have to take the test. I bought my license for a hundred dollars.” He looked in the mirror and smiled mischievously at his foreigner passenger.

The car lurched forward and then stopped inches from the next car. The traffic was moving very slowly. Jesus Josephovich leaned closer to the driver.

“It is a great responsibility that you have,” Jesus Josephovich remarked. “You take people where they need to go, and while they are with you, their lives are in your hands.”

The driver stared uncertainly at the foreigner in the mirror. He wasn’t sure if his passenger was mocking him or not. “What do you think about Kiev?” the driver asked, changing the subject.

Jesus Josephovich looked out the window at the river of cars. “It’s a beautiful city with beautiful people,” he said. “But like many places these days, it’s so busy that sometimes people forget what is most important in their lives.”

“And what is that?” the driver asked.

“Ah,” the driver said, misinterpreting his words. “What do you think about our Ukrainian women? They are beautiful, yes?”

Jesus Josephovich wasn’t sure how to answer the question. He honestly hadn’t noticed if they were beautiful or not. To him all women were beautiful because of what was inside of them. What they looked like outwardly was meaningless.

“They are as full of love as any place I have visited,” he answered.

The taxi driver raised an eyebrow as he glanced at him in the mirror. “You have a Ukrainian girlfriend? Maybe two?”

“I have many friends,” Jesus Josephovich replied innocently.

The driver suddenly became very interested, thinking that the foreigner must be quite the lady’s man. “You must be a rich businessman,” he said.

Jesus shook his head. “No, I’m not a businessman. Just a teacher.”

“How do you get so many girls to sleep with you?” the driver asked.

Jesus Josephovich suddenly realized what the driver was talking about. “I don’t sleep with them,” he said in shock. “I would never sleep with a woman.”

The driver almost crashed the car. He swerved to the left and then regained control. He stared at Jesus Josephovich in the mirror. “Are you gay?” he asked nervously.

Jesus Josephovich made a confused face, as if he wasn’t sure what that meant. “No,” he answered. “I just love women too much to ever sleep with them.”

The driver put his arms up in the air expressively. “If you love a woman, I don’t think it’s wrong to have sex with her.”

Jesus Josephovich looked at the driver as if the man were a confused child. “Love is not sex. The purpose of love is to be like God. The purpose of sex is to have children.”

“Only if you’re not careful,” the driver joked.

“Do you have children?” Jesus asked.

The driver shook his head. “A girlfriend. But it’s not serious. She probably thinks it is, but I’m not interested in getting married.”

“Why not?” Jesus Josephovich questioned.

“It’s too much work to raise a family, and I don’t have enough money to buy an apartment. Besides, I don’t really love her in that way.”

“What is the purpose of your life then?” Jesus Josephovich wondered. “If you’re not looking for real love, then what are you looking for?”

The man paused and the car slowed down. “I don’t know. I don’t think about those things.”

“Don’t you want to be happy?” Jesus Josephovich asked.

“Yeah. It’s not that I don’t want those things. I just don’t think I can be that kind of person,” he confessed.

“Can you love?” Jesus Josephovich asked.

“If I gave you a briefcase with a million dollars in it, would you be willing to do anything for that briefcase?”

“And what if you had something even more valuable? Would you do anything to protect it?”

“Then you’re already that kind of person.”

They reached the destination and Jesus Josephovich paid the driver for the ride. As he was about to leave he handed the driver the book that the Texas Preacher had given him.

“What is it?” the taxi driver asked.

“I don’t know,” Jesus Josephovich admitted. “But it’s better than nothing.”

“No,” Jesus said. “Real love is better than anything.”