Chapter 16 of Jesus Josephovich: The Revolution

Published by RChandlerBrown on July 17, 2013 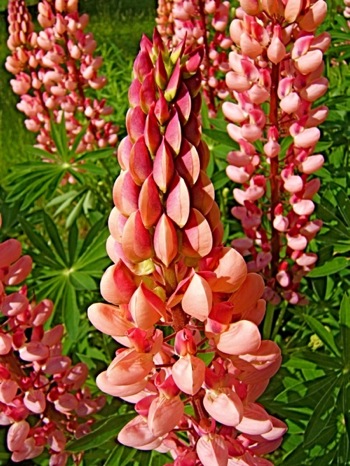 Jesus Josephovich and Andrey Bogdanovich escorted the elderly woman whom they had met outside the Metro station to a small café next to the Golden Gate. The woman was a bit frightened by the two men, especially the one with the long hair and the shaggy beard. She didn’t know what these men wanted, and she was afraid that once they got to know her, they wouldn’t want to help her any more. It was much easier when people just handed her money.

They entered the café and all the patrons turned and stared at the motley trio. They appeared to be an illustration of a slow degeneration into poverty, from Andrey Bogdanovich’s typical working class appearance, to Jesus Josephovich’s dark skin and haggard hair, and finally to the old woman with her torn and tattered coat which was stained brown and gray from a lifetime of wear. It was hard not to stare at them.

They sat down at a table and a waiter hesitantly handed them menus. He quickly walked away and glared at them distastefully out of the corner of his eye.

Jesus Josephovich was overwhelmed by the menu. He considered ordering tea, but there were at least twenty different kinds. Coffee was no better.

“What do all these things mean?” he asked, pointing to one of the coffee options.

“Those are different ways to make your coffee,” Andrey explained. “With milk, with sugar, with cream, with chocolate, with nuts, with ice cream.”

Jesus Josephovich’s eyes grew large. “How do you just order a regular coffee?”

“You can’t,” Andrey teased. “If it was just a regular cup of coffee, then they wouldn’t be able to justify charging us so much money for it.”

Jesus stared at the menu in amazement.

The woman flipped nervously through the menu’s pages. Jesus Josephovich gently touched her thin, wrinkled hand. “Get whatever you want,” he said. “Don’t be shy.”

She grinned, showing off a mouth full of bronze and gray metal; typical Soviet dentistry.

They ordered tea and coffee and a few croissants and pastries. The old woman swore that she wasn’t hungry, but they ordered a special pastry for her anyways.

“Why are you doing this?” the woman asked candidly.

“You looked like you needed something to warm you up,” Jesus Josephovich said. “How long were you standing outside in the snow?”

The woman shook her head wearily. “Since the morning,” she said.

“You could freeze to death,” Andrey declared.

“I don’t care any more,” she admitted. “My life ended a long time ago.”

“Why are you begging?” Jesus asked.

“Why am I begging? Because I need money. I can’t live without money,” she said.

“Did you ask God to help you?” Jesus Josephovich asked.

The woman looked offended by the question. “Of course I asked God. I’ve prayed to him every day to help me. But God doesn’t put money in my hands,” she said.

Andrey nodded in agreement. “Yes, he only seems to put money in the hands of priests and politicians.”

The old woman laughed. “And criminals,” she added. “But good people… what can we do?”

“You can pray,” Jesus Josephovich answered. “He will hear you. Sometimes he doesn’t give us money, because that’s not what we need.”

“Sometimes I wonder,” she said. “This life has been so hard. I’ve seen so much. I always think that life will get better later, people promise us that life will be better, but it never is. It just seems to get worse and worse. Life was simple as a child, but now… now life is terrible. Now I have nothing.”

“What happened?” the foreigner asked.

“I lost my family,” she said. “I was born in western Ukraine, but my parents died in the famine when Stalin starved our country. I moved to another city to live with my Aunt and later I married a Russian man. I moved to Russia with him and after the war we ended up living in a small village. He lost his leg in the war, so I had to take care of him.”

The two men looked at her solemnly. She continued to ramble on as if speaking to no one and everyone at the same time. She wasn’t used to being listened to.

“We had five children,” she continued, “but they all moved away to find jobs in the cities. Life was very lonely after they left. They didn’t visit often. Then my husband died and it was even lonelier, so I took extra jobs. Eventually I retired and I lived off my pension and the money we had saved. But when the Soviet Union fell apart, our money disappeared.”

Andrey shook his head sadly. He knew many people whose entire life savings had disappeared when the USSR collapsed. It had happened to many of them twice.

“Everything was gone,” she said. Our bank accounts were empty and I couldn’t get my pension. I was Ukrainian, but I didn’t have a Ukrainian passport. I’d never needed one in the Soviet Union, but now that Ukraine and Russia were separated, I didn’t know what to do. I came back to Ukraine to try to get a pension from the Ukrainian government, but it was very difficult. I had no friends and no one to help me. My children and their families were in Russia, but they had no money either and they moved to different cities when I moved to Ukraine and we lost contact with each other. I haven’t heard from them in many years.”

The woman started crying weakly. She held her face in her hands and sobbed. Jesus Josephovich put his arm around her.

“Why do these things happen?” she asked. “Why is life so difficult for us?”

The waiter brought their drinks and food and they took a few moments to refresh themselves. Andrey watched the old woman cautiously, unsure how he should respond.

“That reminds me of a story,” Jesus Josephovich said. “Do you see that advertisement?”

They looked out the window at an advertisement for diamonds. On the poster a flawless female hand was modeling a shimmering diamond ring.

“Two men saw an advertisement similar to this one,” Jesus said. “It told them that they could find diamonds on a certain mountain. They didn’t know anything about diamonds, but they went looking for them because they wanted to be rich.

“The first man looked at the advertisement and saw a delicate hand showing off the diamond and he thought that it must be in an easy place to find, because the hand was so beautiful. He didn’t know anything about diamonds and he decided that the most obvious place to search was at the top of the mountain in the ice, because ice and diamonds looked quite similar. So he had a pleasant walk to the top and enjoyed the warm sunshine, the cool breeze, and the magnificent view.

“The second man knew that something so precious as a diamond could only be formed in the ground under extreme pressure, so he decided to dig deep into the mountain. The first man laughed at him because the second man had chosen to dig in the dirt and grime while he was enjoying life at the top.

“In the end, the first man gathered ice from the highest peak hoping that there would be diamonds inside. But when he brought the ice back down, before he even reached the bottom, it quickly melted away and nothing was inside. The second man, however, never stopped digging. He was extremely dirty, his hair and skin were so black that he barely looked human, his hands were cut and bleeding, his muscles were sore from the work, he couldn’t see and he could barely breath in the tiny stuffy hole he had made to dig in, but finally, after ages of digging, there in the center of the mountain, in the deepest part, he found a diamond.”

Jesus Josephovich looked at the old woman. “The first man’s ice lasted for a moment, but the second man’s diamond will last forever. Find your diamond,” he said to her. “Seek what is eternally valuable. If your life has been difficult, there must be something of value being built within it.”

“I wish I could find it, but I can’t,” she cried. “I’ve been praying to God every day. I told him this morning that if he didn’t give me a sign today, I’m going to quit. I’m not going to believe in him any more.”

“What do you want God to give you?” Jesus Josephovich asked.

Suddenly the door to the café opened and a large family walked in. They were poorly dressed and looked like they had traveled a long distance. The old woman looked at them and screamed. She jumped up from the table, ran to them and began kissing their faces.

“Grandmother!” they shouted. The family gathered around her and hugged and kissed her. They seemed as surprised to see her as she was to see them.

She turned at looked at Jesus Josephovich. “Do you know this man?” she asked her family as she pointed at the unkempt foreigner.

“No,” her son said. “We’ve spent the last 3 days on a train to try to find you. We didn’t know your address, but we knew you were here in Kiev.”

“How did you get enough money to come?” she asked.

“I’ve been working hard, day and night,” her son said. “But we saved up enough, and here we are. We just came in here to get some food, and there you were.”

The grandmother fell into her son’s arms and cried.

The oldest girl tapped her gently on the shoulder. “Grandma look! I’m engaged!”

She held out her hand, and on her finger was a small but elegant diamond.