Chapter 15 of Jesus Josephovich: The Revolution

Published by RChandlerBrown on July 15, 2013 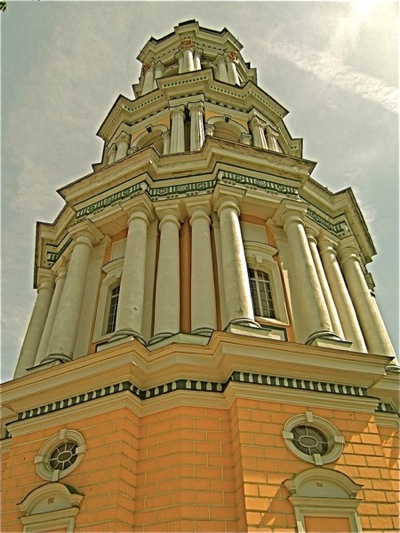 After Jesus Josephovich had broken up the fight in the Metro, his new companion introduced himself.

“My name is Andrey Bogdanovich,” the man said. “Volodomir has told me a lot about you.”

“I hope it was good,” Jesus Josephovich joked.

Andrey laughed. “Of course. He said that you are an extraordinary man, and after seeing you stop that fight, I see that he was right.”

“Wouldn’t you try to stop two young men from hurting each other for no good reason?” Jesus Josephovich asked.

“I’d like to think that I would. But sometimes, even though I feel that I should do something, I don’t do it.”

“Why would you not do something that you want to do?” Jesus wondered.

“Never fear what is right,” Jesus Josephovich said simply. “Fear doesn’t exist in the real world. It only exists in your mind.”

“Of course I know that in my head,” Andrey said, “but it’s difficult to turn it into action.”

Andrey nodded in agreement and lead Jesus Josephovich through a maze of tunnels into another Metro station and up another giant escalator. Andrey was about fifty years old, tall and thin in an old suit and his hair was just beginning to thin and turn grey around his Slavic hairline. You could see that he was once a handsome young man with jet black hair. He stared at Jesus Josephovich as they ascended the escalator, trying to figure out who he really was.

“I can see that you are a philosopher,” Andrey stated.

“I prefer the title of teacher,” Jesus Josephovich declared. “Philosophers teach people how to think, but thoughts can be deceiving. I would rather a man do what is right without thinking, than learn the secrets of the universe and not be able to act on them.”

“But what if his lack of thinking causes him to do bad things?” Andrey wondered.

“Then he needs a teacher,” Jesus Josephovich answered with a smile.

“Doesn’t a teacher do what a philosopher does? Doesn’t he just give the man knowledge that he can use in order to act correctly?”

“A bad teacher, yes,” Jesus Josephovich declared, “and there are many of those. But a good teacher will not merely teach the man what is right, he will show him. There is a voice that speaks louder than mere knowledge. It is truth.”

Andrey nodded slowly. “I felt that once, when I was young. I wanted to be a priest,” he confessed. “To me the Bible was a magical book. It could do anything. I wanted to perform miracles and walk with God like they did in the Old Testament.”

“What do you do now?” Jesus Josephovich asked.

“I work for the government tax administration,” Andrey said dryly. “I’m an accountant.”

“And is there magic in your work?” Jesus Josephovich asked doubtfully.

Andrey laughed. “No. Some of the things that people do to try to hide their money from the government look like magic tricks, but that is the extent of magic in my work. I like it though. That’s why I became an accountant. I always know what to expect. Numbers don’t lie.”

“You look for truth in the absolute?” Jesus Josephovich said. “There is a kind of truth there. One plus one will always equal two, but it’s not going to inspire anyone. Well, maybe it will inspire an accountant.”

“But I can see that is not the truth you are looking for,” Jesus Josephovich continued. “What happened to your studies of the Bible?”

Andrey cleared his throat and recalled something deep from his past. “I used to read the Bible every day when I was young. I read everything I could about it. I even went to a monastery for a short time. But the more I studied the Bible and the history behind it, the more I began to question some of the Church’s traditions. I realized that many of the things we do are based on history, and not on the Bible.”

“And what did they say?” Jesus Josephovich wondered.

“The priests? They told me to stop studying. Can you believe it? They told me not to read about church history and one priest even told me that I shouldn’t be reading the Bible by myself, as if I were too stupid to understand it.”

Jesus Josephovich gazed up at the light at the end of the escalator. “You know that the Christ is the only founder of a religious movement who never wrote down any of his teachings. All other great religions were founded by a book that their leader wrote.”

“Maybe that’s why everyone is so confused about Christianity,” Andrey suggested. “Its canonical text wasn’t written by the one man who understood it.”

“It’s not just a problem in Christianity,” Jesus Josephovich declared. “Look what has happened in every religion. People read the founder’s book and then tried to understand what it was saying. But many people interpreted things in different ways, and some people put more importance on certain passages than others. Different groups splintered off from each other, sometimes fighting and killing each other, often hating each other simply because they interpreted the words a little bit differently. In every case, the words became more important than the truth.”

“Why did this happen?” Andrey wondered. “Can we not know the truth?”

“The truth can not be learned through the words. Only through putting the words into practice. But people are always too busy arguing over the words to bother doing what the words say. They have discovered knowledge, but missed the truth.”

“Why didn’t the Christ tell people about this?” Andrey asked. “Why didn’t he warn his people that the words would divide them?”

“Perhaps he didn’t want them to write his teachings down at all,” Jesus Josephovich suggested. “Perhaps he wanted them to teach others the way that he taught his disciples. Not with words, but with action. Maybe that is the only way to learn the truth. You have to do it.”

Andrey looked into Jesus Josephovich’s eyes. They were not the cold eyes of a philosopher. There was not a hint of pride or arrogance in them. Only peace.

“So how do you teach a man Truth?” Andrey asked.

“It can’t be taught. It must be shown,” Jesus Josephovich continued. “You must feel a truth that you cannot explain. It is deeper than words.”

“I want to learn the truth,” Andrey declared earnestly.

Jesus Josephovich smiled. “You know the truth,” he replied. “One plus one equals two.”

Andrey Bogdanovich stared at him with a perplexed look on his face.

They reached the top of the escalator and exited from the Zoloti Vorota Metro Station and walked onto the busy street. Outside the door an old woman was standing motionless staring at the ground with a small box held between her hands. She was too ashamed to look at the people who were giving her money.

Andrey started to walk away, but Jesus Josephovich remained standing in front of the old woman. Finally she looked up into his face. Jesus Josephovich smiled and took her hands in his. She grinned embarrassedly.

“I want you to eat with us,” he said to the haggard old beggar. “Please. It would be our pleasure.”

The old woman was surprised by the request and looked around nervously. “Oh no, I’m not hungry,” she claimed.

“We’re all hungry,” Jesus Josephovich answered. His words carried a depth that she wasn’t prepared for. Her hands shook nervously.

Andrey walked up beside him and offered his hand to the old woman. “Please,” he said. “You can’t refuse. We won’t take ‘no’ for an answer.”

“Well, if I can’t refuse…” she replied with a chuckle as they helped her slowly step off the stairs and amble towards a café across the street.

As they escorted the old woman, Andrey Bogdanovich was filled with a feeling of excitement and anticipation. It was a joy that he couldn’t fully describe in words. It was something that had to be felt to be understood.