Chapter 14 of Jesus Josephovich: The Revolution

Published by RChandlerBrown on July 14, 2013 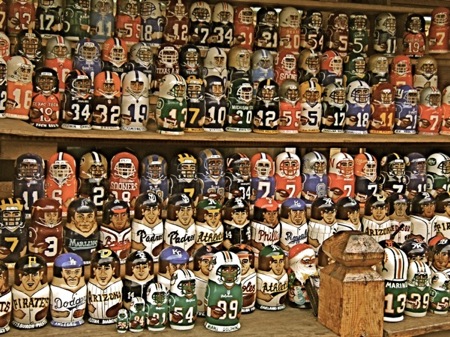 After thirty minutes more of traveling on the Metro, this time on the correct train, Jesus Josephovich finally arrived at his destination, the Teatralna Metro station. He stepped off the Metro train and into the brightly lit, beautifully decorated station. The mass of people flowed out under the arches near the platform into the center of the station where several people were waiting on a few wooden benches. He walked over to the benches and sat down to wait for Volodomir’s friend. He didn’t know what the man looked like; he only knew that he was supposed to meet him at this station. He hoped that the man would recognize him.

Next to him on the bench a young girl was typing feverishly into her cell phone, completely oblivious to the world around her. On his other side was a middle-aged woman with maroon colored hair and an old grey coat who was talking into her cell phone as loud as she could as if no one around her could hear her. Behind him a young man was huddling over his cell phone trying to listen to the person on the other line while the maroon-haired woman was yelling.

Jesus Josephovich took the cell phone that Katya had given him out of his pocket and turned it over in his hands. He looked at the people around him. They were all so focused on their conversations that they were not only unconscious of who was around them, but they deliberately blocked out everyone and everything that could hinder their communication.

They are so close to each other, he thought, but they are so far apart.

Suddenly a shout caught Jesus Josephovich’s attention. Two young men were yelling at each other beneath an archway. One of the men pushed the other on the chest backwards into the wall. The other young man pushed him back violently in return. The first man’s girlfriend screamed for him to stop.

Jesus Josephovich walked over to them and touched them both on the shoulder. Both men were surprised by the foreigner’s odd appearance and they momentarily ceased their fighting.

“Has this man robbed you?” Jesus Josephovich asked the first young man.

He shook his head and his face turned red with anger. “He touched my girlfriend,” the young man asserted.

“It wasn’t on purpose,” the culprit claimed.

“I saw you staring at her in the train,” the angry boyfriend affirmed.

“How could I not touch her?” the man asked. “We were all smashed together in the train.”

The girl stepped forward. “Your hand grabbed my butt. That was not an accident.”

The man’s face turned slightly red. “Someone pushed me,” he said weakly.

The woman’s boyfriend grabbed the guilty man by the collar. “If you won’t admit it, I’ll beat the truth out of you.”

“May I ask you a question?” Jesus Josephovich inquired.

“What?” the angry boyfriend shouted.

“Do you think this man is evil?”

“Evil?” the boyfriend repeated. “No. I think he’s a pervert and a jerk.”

The men looked at each other, trying to analyze what the foreigner had said.

“And what do you think he will think about you if you punch him in the face?” Jesus Josephovich asked. “Will he think that you are evil?”

“No,” the boyfriend claimed. “He knows he deserves it. I’m protecting my girl.”

“I didn’t mean to touch her,” the young man asserted again. “He attacked me first.”

“If he punches you,” Jesus said to the shamefaced young man, “what will you do? Will you hit him back?”

“Of course,” he said heatedly, his fists clenched. “If he touches me again I’ll beat him like a dog.”

The two men raised their fists ready to fight, but Jesus Josephovich stepped directly between them.

The boyfriend looked at his girlfriend. She shook her head. “Please don’t fight,” she pleaded. “It won’t fix anything.”

“Punch me instead,” Jesus Josephovich suggested. “I won’t hit either of you back.”

“I’m not going to punch you,” the boyfriend said. “You didn’t do anything.”

“From his perspective, he didn’t do anything to deserve a punch in the face either,” Jesus Josephovich explained.

The angry boyfriend pulled the man closer to him. “Why did you touch my girlfriend?” he asked forcefully. “Really.”

The young man swallowed nervously. “We were all pushed up against each other,” he explained. “Yes, I looked at her and I thought she was pretty.” He paused and sighed. “I let the crowd push me into her when the doors opened. I didn’t do it on purpose, but I didn’t try to stop it either. I just let my hand be pushed into her. I don’t know why. I was stupid.”

“Yes, you were,” her boyfriend said disdainfully.

“Do you think that your girlfriend is beautiful?” Jesus Josephovich asked the girl’s boyfriend.

“Well then, you can’t disagree with him about that.” Jesus smiled.

“I am sorry,” the young man said quickly. “Really, I was stupid.”

“You should forgive him for being a man,” Jesus Josephovich suggested. “I’m sure you wouldn’t want everyone to know all the foolish things your affections for women have caused you to do in your life.”

He looked at his girlfriend. She nodded in agreement. “Alright,” the angry boyfriend said with some difficulty.

“And you,” Jesus Josephovich said to the guilty young man. “You need to take responsibility for your actions. If you know that something will happen, but you do nothing to prevent it, then you are as responsible for it as if you had purposely done it yourself. This happened because you wanted it to happen in your heart.”

“No, you’re not,” Jesus Josephovich said. “You’re normal. Don’t use anything as an excuse. Not even ideas like ‘I’m stupid’. Don’t excuse yourself for something that your heart wanted. Change your heart. It’s the only way to make real change.”

“Okay. I’m really sorry,” he said to the girl and her boyfriend.

The boyfriend stepped forward and shook his hand.

“And you,” Jesus said to the boyfriend. “Don’t punish evil with evil. You will only justify more evil in the other person’s mind. There are no evil men, only evil deeds. When we sin, our minds justify our actions, telling us that we are not wrong. Every man feels this way. Remember that.”

The two men nodded and slowly walked away. Jesus Josephovich turned around and noticed that a small crowd had gathered behind him. The people were watching and whispering about what had happened. As the crowd began to disperse, a tall man wearing a large cross around his neck emerged from the crowd and walked up to Jesus.

“You must be Jesus Josephovich,” the man said.