Chapter 4 of Jesus Josephovich: The Revoltion

Published by RChandlerBrown on July 4, 2013 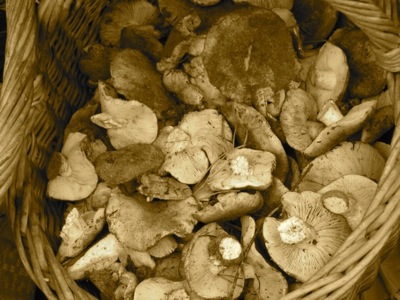 Ch4. The Police and the Potato

After his cheerful encounter with the young boy in the crowded supermarket, Jesus Josephovich felt reinvigorated. He no longer felt the need to eat and he was quite warm inside, despite only wearing a robe, sandals, and a hand-knit scarf.

He made his way back through the crowds of people out of the supermarket. As he pushed through the chaotic throng, he continued resisting the urge to say “excuse me” to each person he touched, saying a quick prayer for God to bless each of them in a special way.

As he was leaving the supermarket, however, one of the security guards noticed the potato in his hand that the old woman had given him in the outdoor market. The security guard chased after Jesus Josephovich and called to a police officer that he saw on the street.

The officer calmly walked up to the odd criminal and put his hand on his chest to stop him. Jesus Josephovich was pleasantly surprised by this action. He was not used to people randomly coming up to talk to him. Usually he had to initiate conversations.

He smiled brightly at the well dressed officer. “Hello,” he said enthusiastically.

The security guard ran up behind Jesus Josephovich and pointed at the potato. “There,” he said to the officer. “He took that potato without paying for it.”

“You stole that potato?” asked the officer. His face and demeanor were deadly calm, like a spider with a fly caught in its web. All he had to do was wait, and the wriggling fly would entangle itself more and more until it could struggle no more.

Jesus Josephovich held up the potato and looked at it in shock. “This potato? Why would I steal this potato? No, I don’t steal things. God gives me everything I need.”

“Did you pay for that potato?” the officer inquired.

“No,” he replied honestly.

“God told you that you could steal that potato?” the officer wondered mockingly.

“No,” Jesus Josephovich clarified. “An old woman at the market gave it to me.” He pointed to the market across the street.

“Oh my God. What did he do now?” she whispered to herself as they approached. A small crowd gathered around them to see what was happening.

“Hello,” Jesus said to her casually.

“Can you tell these men that you gave me this potato?”

The old woman put her hands on her hips and glared at the police officer and security guard. “Of course I gave him that potato. Look at this man. Do you think he would steal something? He is a good man.”

“Let me see your passport,” the officer ordered.

Jesus Josephovich looked at him innocently. “What passport?”

The officer was annoyed. “Your passport,” he said more loudly. “Identification.”

The confused foreigner smiled weakly. “I don’t have a passport.”

The officer was very frustrated now. This had just gotten more complicated than he had hoped it would be.

“Where are you from?” the officer asked, suddenly very serious.

“What is your name?” The officer took out a notepad and a pen.

The officer started writing and then stopped. He stared at the foreigner’s clothes. He was not amused. “Your real name,” the officer pushed.

“That is my real name,” the foreigner said plainly.

A well dressed, dark featured businessman stepped out of the crowd and walked up to the officer. “What is the problem, officer? The man didn’t steal anything.”

“He doesn’t have any documentation,” the officer argued.

“Is that a crime?” the businessman asked.

The officer looked at the crowd growing around him. A nervous frustration filled his gut. He was losing control of the situation. “I can take you to the police station right now,” he threatened. “Is that what you want?”

Jesus Josephovich smiled affectionately at the officer. “A police officer is like a father to the community. Your job is to protect your fellow citizens and settle disputes. This is a wonderful and noble occupation. But it should be done out of love for your Ukrainian brothers and sisters. Not for admiration or for power.”

“They don’t pay me enough to love this job,” the policeman said scornfully.

“No one gets paid to be a father, but there is no greater occupation in the world than to help someone you love.”

“How can I love everybody?” the officer said pointing to the crowds of people in the market. “It’s not possible.”

“Have you ever been in love?” Jesus Josephovich asked.

“Of course. When I was young,” the officer admitted, “and stupid.”

The officer grinned as he thought back to his ignorant youth. “Yes. I remember wishing that everyone had someone they loved as much as I loved her. But it was for selfish reasons. I knew that if everyone was in love, then no one would try to steal my girl from me.” The officer smiled mischievously. The crowd around them laughed.

Jesus Josephovich put his hand on the officer’s shoulder. “Then you understand,” he said. “When all love and are loved, there is no strife. There is harmony.”

“Maybe,” the officer said halfheartedly, not wanting to admit the possibility of a better world so quickly.

The officer glared at the foreigner, like an angry teacher reprimanding a pupil. “You can go, but next time bring your passport with you.”

The officer smiled nervously and walked away.

The businessman laughed and grasped Jesus Josephovich’s hand. “You are an interesting man. Come with me,” he said earnestly. “I want to buy you lunch.”

“But I already have a potato,” Jesus Josephovich said.