Chapter 3 of Jesus Josephovich: The Revolution

Published by RChandlerBrown on July 3, 2013 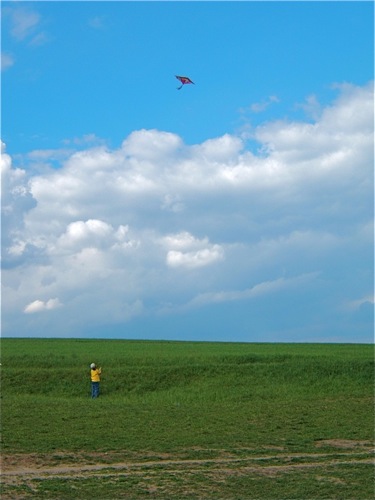 After his encounter with the shopkeeper, Jesus Josephovich knew that it was going to be quite a task getting all these people to smile. Perhaps he needed a new strategy. But it wasn’t time for him to worry about that. Now he just needed to find something warm to wear and get some food in his stomach. He had more observing to do.

He wandered down the stairs into a swarm of people moving in and out of a cramped grocery store. He was amazed by the number of people that were jammed into the small space rolling around each other like so many marbles in a jar. Mothers were carrying as many groceries as they could carry in one arm while their other arm held fast to a young child, grandmothers were pushing their way through the lines with wrinkled old bags full of food, and young men were waiting impatiently with a beer in each hand.

As he moved further into the supermarket, Jesus Josephovich was forced to bump into people over and over again. He made every effort to apologize to each person that he unintentionally came into contact with.

Pretty soon he was out of breath from saying “excuse me” every time he bumped into someone. He noticed that no one else was saying “excuse me” back to him. Suddenly, he understood that in this crowded shop there was no way to walk around without bumping and pushing other people, so these people were not bothered by it. They simply bumped into people and expected others to bump and push them as well. It couldn’t be avoided.

For Jesus Josephovich this was a difficult concept. He felt in his heart that every person he came into contact with was there for a reason. Therefore, he always tried to give something good or positive to every person that he met, to leave them better off than when he had met them. But this was extremely difficult when you were being bumped into several times per minute. He decided to simply say a silent prayer for each person that he came into contact with so that God would bless them later. That way he wouldn’t wear himself out saying “excuse me” all the time.

When he entered the meat section, he saw a young boy standing next to his mother and pointing a small toy pistol at everyone who walked by. When the boy noticed someone worth shooting he pulled the trigger and made a shooting sound with his mouth. He was busy putting half a dozen imaginary bullets into a big man in a leather jacket when he saw Jesus Josephovich in his robe, sandals, and hand-knit scarf.

The boy paused and stared at the stranger. As Jesus Josephovich got closer, the boy took aim and fired. Jesus Josephovich’s eyes opened wide as the boy’s imaginary bullets hit him. He made a funny face and the boy laughed and began shooting with even greater fervor.

The boy’s mother turned around and saw that her son was shooting at a strange looking foreigner. She told her son in an angry tone to stop shooting. She was acting as if she didn’t want her son to bother the foreigner, but it was clear from her face and demeanor that she really just didn’t want her son interacting with such an oddly dressed stranger.

Jesus Josephovich walked over, knelt down close to the boy, and looked him in the eye. “I would never shoot you. No matter what you did.”

The boy was taken by surprise by the stranger’s statement. He considered it for a brief moment. “Even if I was a Nazi?” he asked, thinking that he had found a perfect exception.

“Even if you were a Nazi,” Jesus Josephovich said without hesitation.

The boy thought harder. “Even if I wanted to kill your family?” He had obviously been watching too many war movies.

“Why would you want to kill my family?” Jesus Josephovich asked poignantly.

“Okay then,” Jesus Josephovich said triumphantly. “You can shoot me all you want, but I will never shoot back. You are too valuable to shoot.” He smiled.

The child smiled back, understanding something fundamental about his life in that simple way that children learn things. He looked up to the ceiling and began shooting at the lights. After a moment he stopped shooting and put the gun back into his pocket.

The little boy looked around and his eyes landed on his mother’s anxious face. He tugged on her hand until he had her attention and smiled at her.

“You’re valuable,” the boy said to his mother.

His mother laughed. She was looking in her pocketbook at the multi-colored bills which were not enough to purchase everything that she was thinking about cooking for dinner.

She sighed. “Not valuable enough,” she answered, still picking through her purse.

The boy rolled his eyes at his mother’s response and sighed a youthful sigh of pity. It was the sigh that all children perform when their parents are too immature to understand something of true value.

“Don’t give up,” Jesus Josephovich whispered to the boy. “She’ll understand eventually.” He winked and stood up.

The boy waved goodbye and then turned back to his mother. His mother relaxed a bit now that the stranger was leaving. Her son pinched her hand to get her full attention. “You’ll always be valuable to me,” the boy said. “No matter what.”

The mother looked into her child’s eyes and saw something she hadn’t seen for a long time. She stared at her son, realizing that she had just missed something, but she didn’t know what it was. She knelt down to her son’s level and kissed him on the forehead.

“You are the most precious thing in the world to me,” she said.

The boy turned red and giggled. He kissed her back on the forehead. She was beginning to understand. They both were.